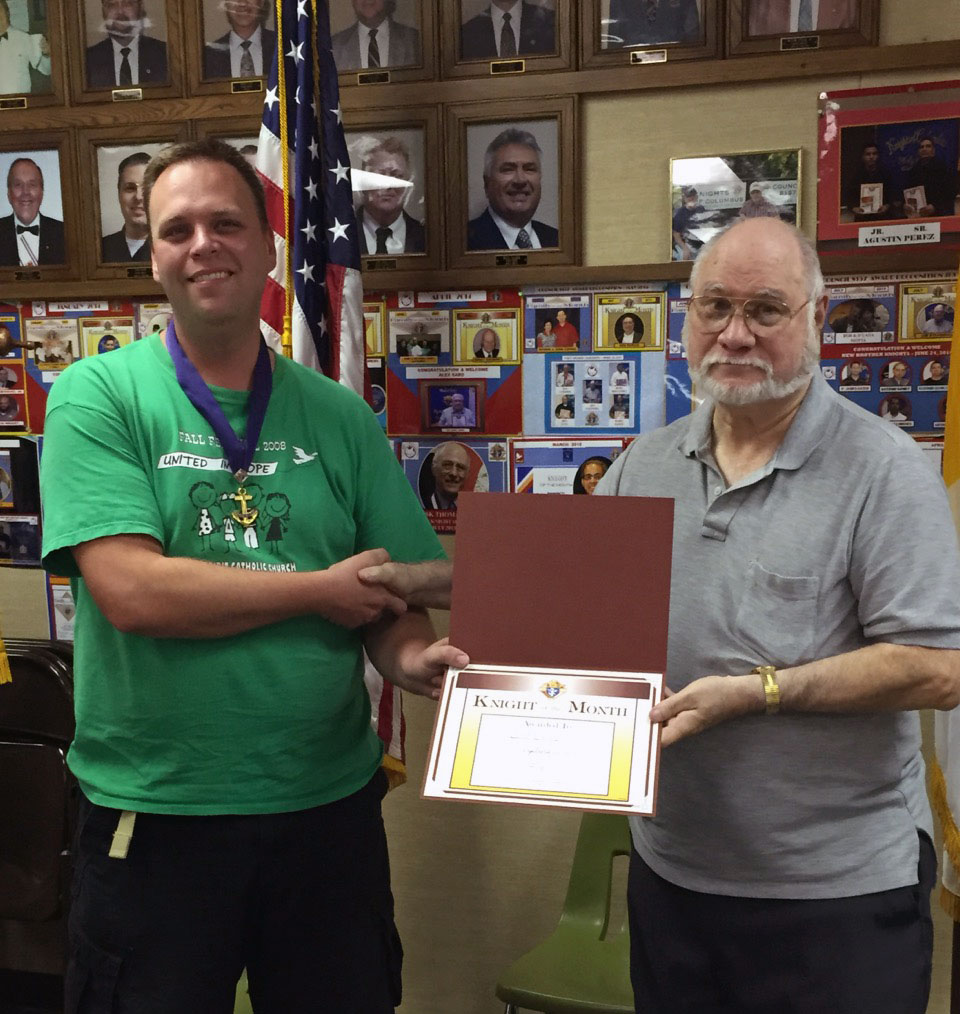 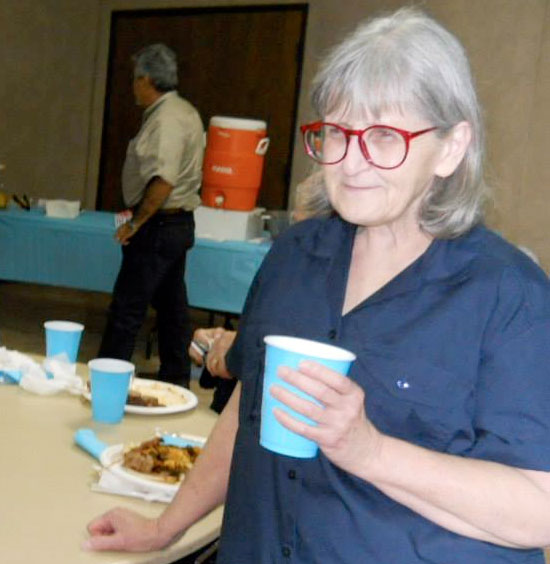 Bill is quasi-retired from his optometry practice, Cindy is 100 percent retired from working in his office, and Bill is now stepping aside as District Deputy following the atypically long time frame of five years. Bill says with some trepidation that Cindy should enjoy having him around the house more “as long as I don’t get underfoot.” Bill, who joined the Order as a teen in 1964, said, “I can honestly say these have been the five best years that I’ve spent in the Knights.” He worked long and hard for the good of the eight councils that he dealt with and proudly states that 8157 is “one of the best councils in the state if not the nation.” The Dovers are mainstays among the Saturday 5:30 Mass hospitality ministers. They met in 1971 while stationed together at Fort Leonard Wood in Missouri, were married a year later in her home parish near Chicago and came to Duncanville in 1974 in the earliest days of Holy Spirit soon after their discharge. The Dovers have one child, Katie, who is married to our likewise-outgoing Grand Knight, Nick Kleinhaus, with one grandchild (Will). Bill is a Fourth Degree Knight (a former Faithful Navigator) and will become one of the council’s trustees in July. Cindy is a member of Holy Spirit’s outreach ministry and was instrumental in beginning the parish’s grief ministry.