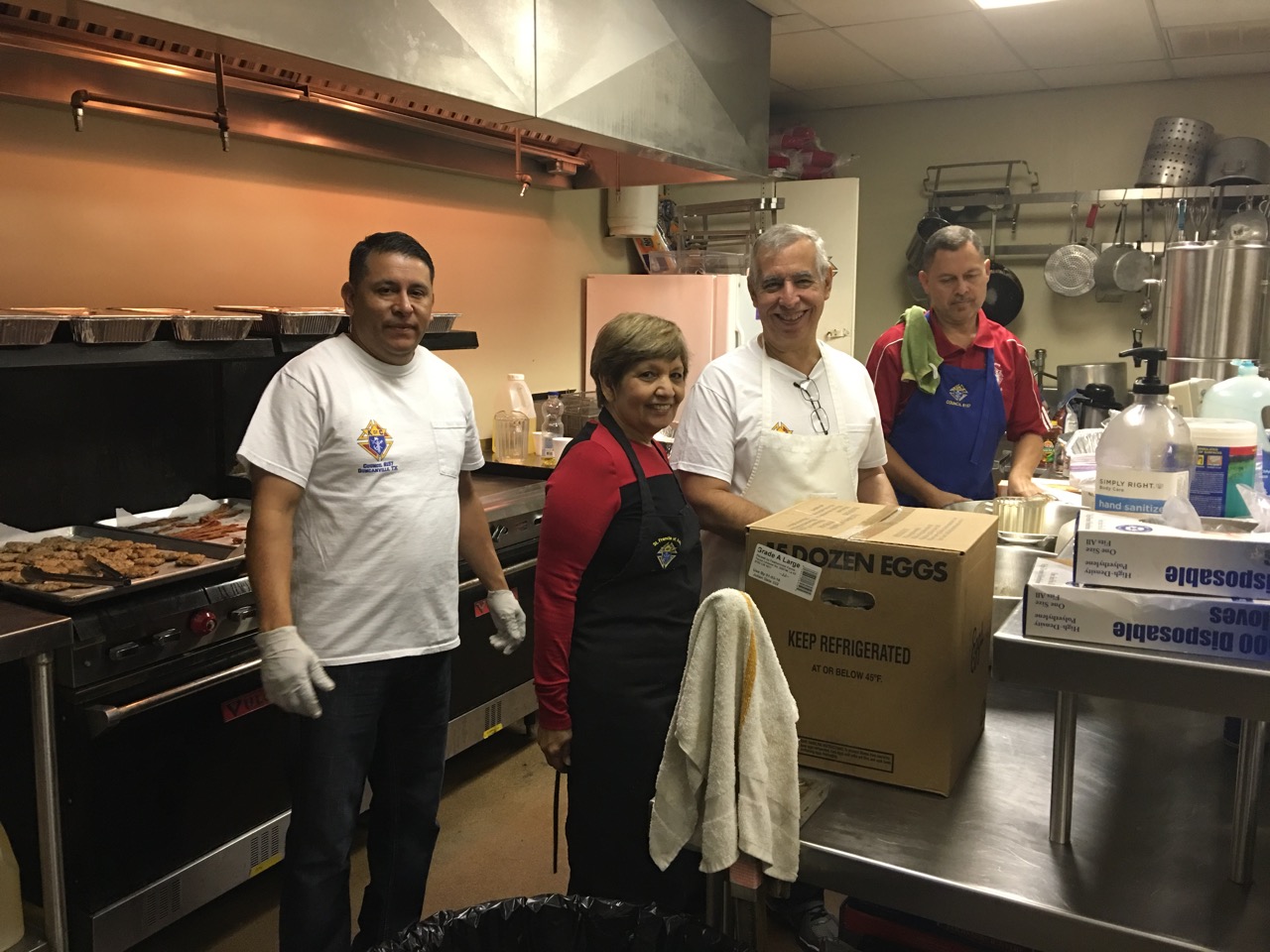 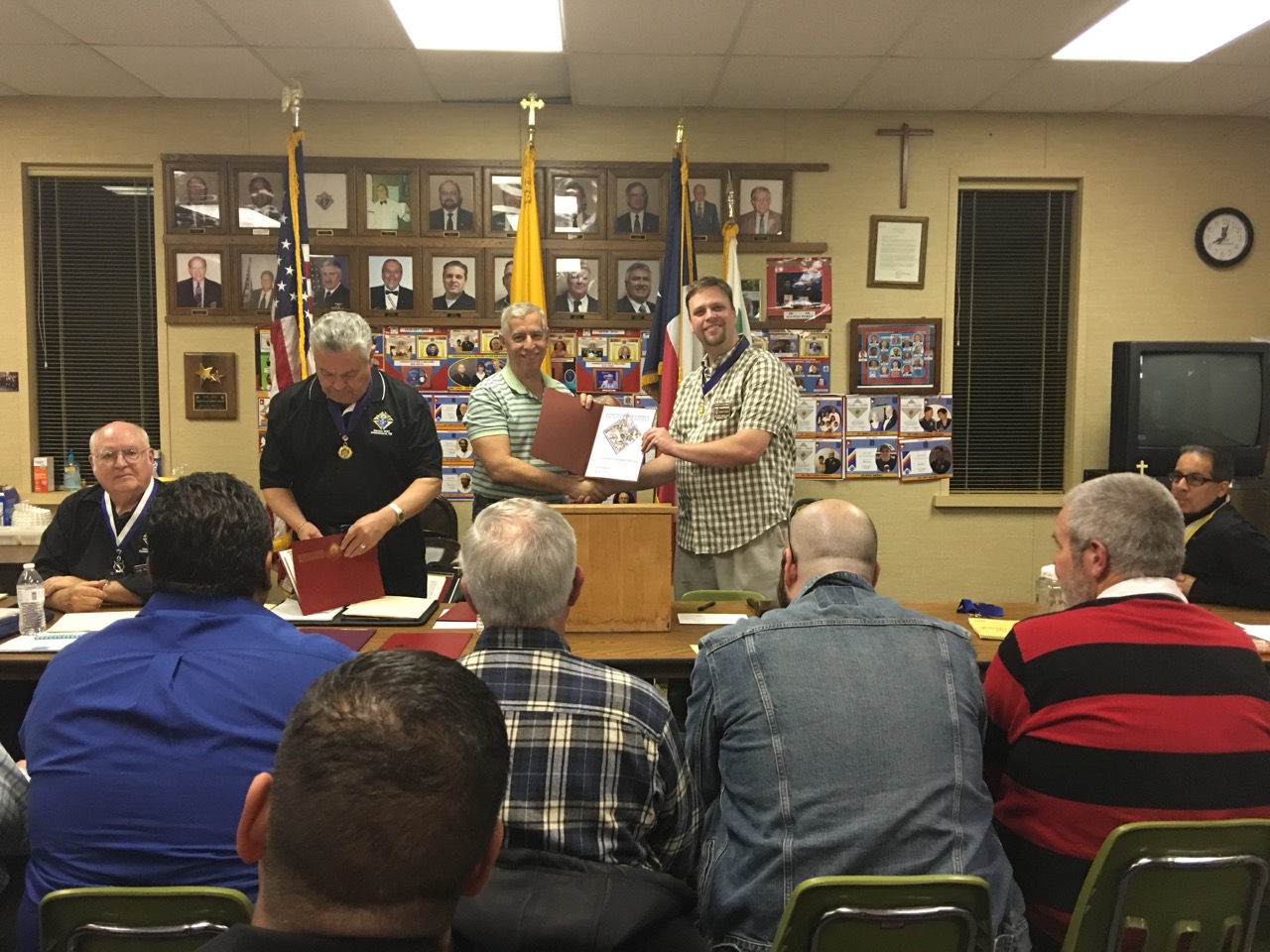 Freddy’s ascension through the KC ranks has been a rather quick one. He joined the order in August 2015 and, on the final Saturday of February, received the baldric of the Fourth Degree. The Vazquezes moved to Duncanville within the past year as Freddy began a new chapter of his life, teaching the fifth grade in Dallas ISD. He grew up in New York and moved to Puerto Rico after graduating from high school. He was in the U.S. Army, stationed in Killeen, Texas, was deployed to Iraq in 2004-05 and retired as a lieutenant colonel after 34 years. They were back in Puerto Rico when Freddy was responded to a DISD recruiter seeking people who could be bi-lingual teachers. Freddy and Milly have been married for 42 years and have two grown children. They both rolled up their sleeves to crack eggs during the Breakfast with St. Nick and helped at the baseball concession stand during fall ball. Freddy has worked “out back” during our fish fries during the current Lenten season. 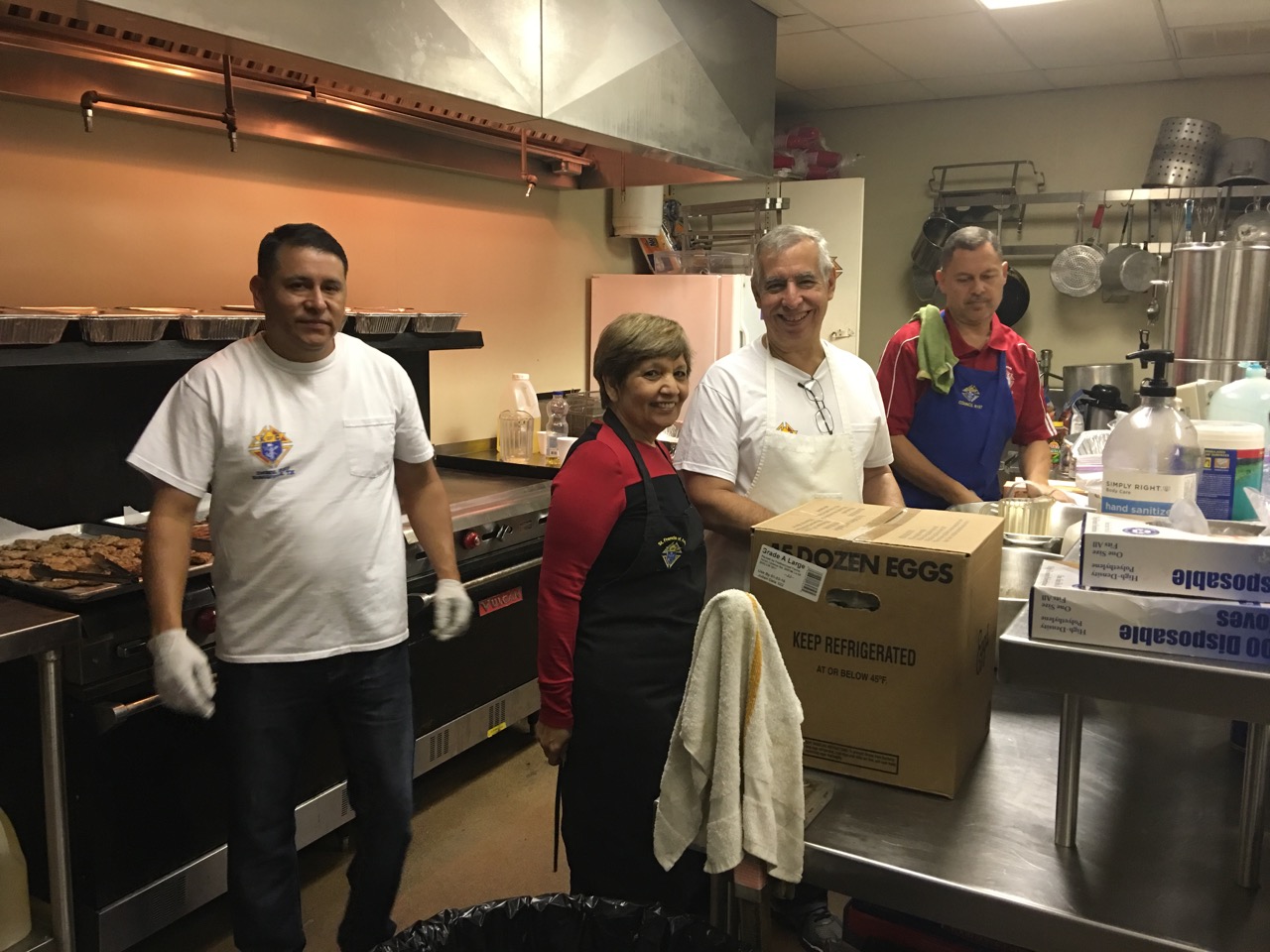