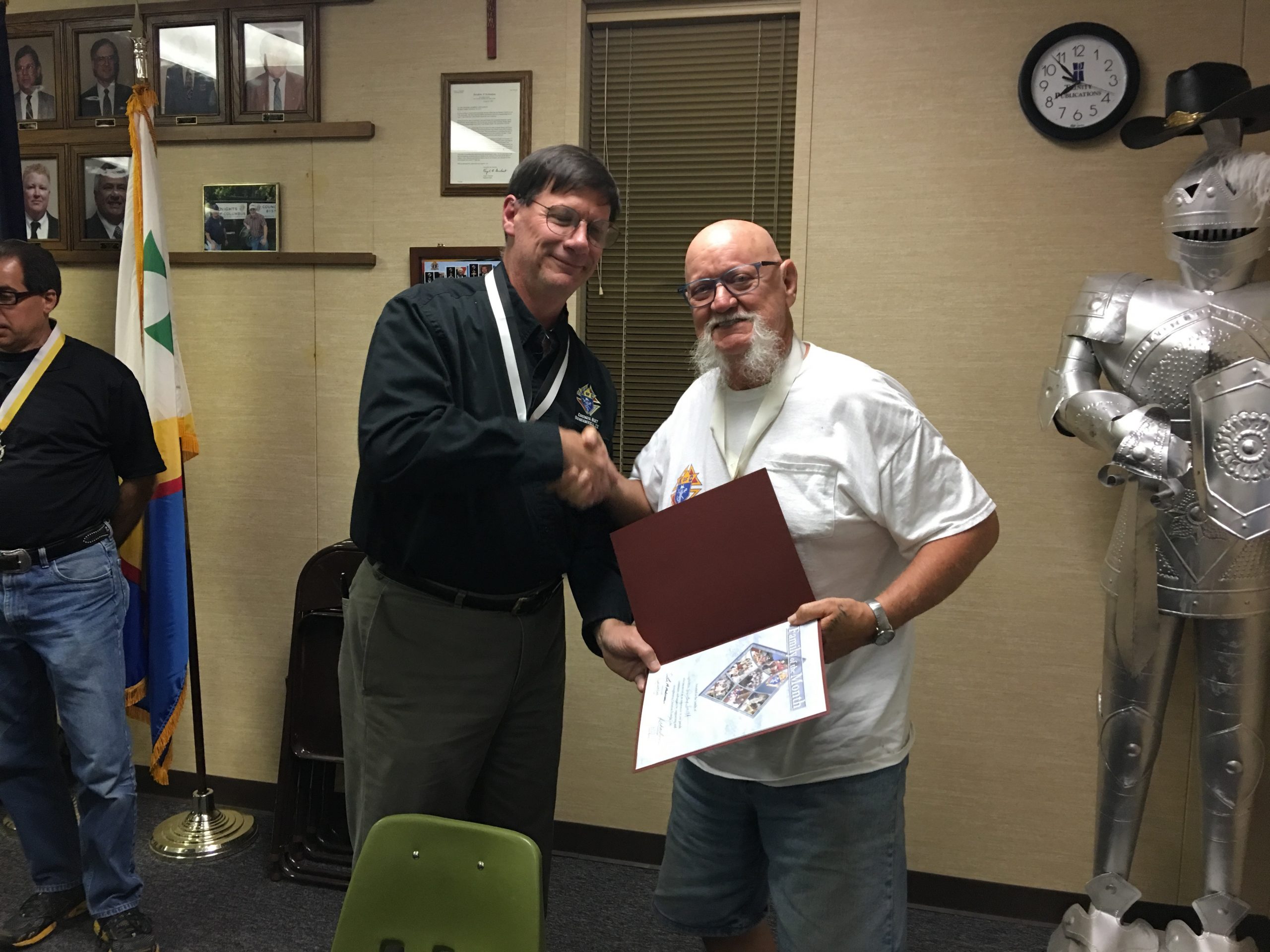 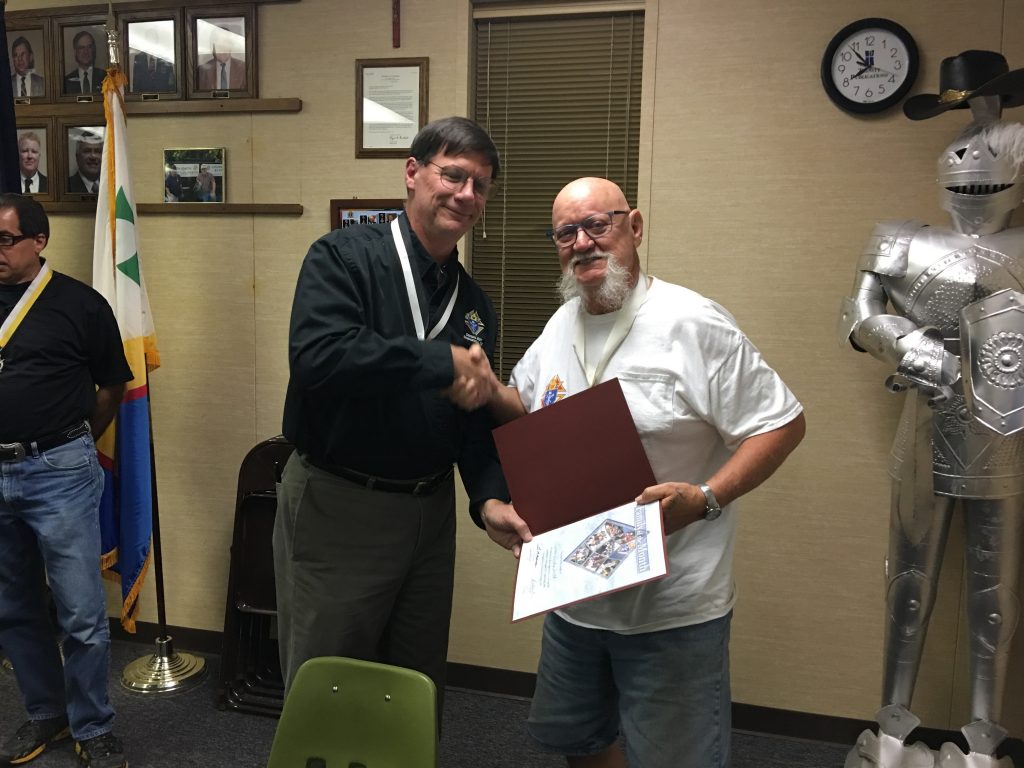 James signed on as one of the charter members of our new football concessions committee this fall, and he was supported in grand style by Judy, daughter Jamie Emerson and Jamie’s daughter, Caroline. James reported to the stand every Saturday before sunrise to begin setting up the frying area outside behind the stand, for the preparation of fries, burgers, dogs, hot links and sausage on a stick – and stayed for the balance of the day, straight through the second shift. That was after being part of the weekly “procurement crew” that wheeled flatbeds through Sam’s Club buying inventory and supplies. Judy helped behind the scenes to keep the stand ship-shape between Saturdays. Jamie and Caroline probably learned more about BBQ sandwiches and Big Red drinks than they ever imagined. James joined the council in February 2013, took his major degree a year later and ascended to the Fourth Degree in September 2015. He’s our Inside Guard during the current fraternal year. James (a native Texan) and Judy (Ohioan) were married in 1981 and live in Duncanville; Jamie and Caroline are four houses down the street. The Smiths are retired and devote much of their time to Holy Spirit. They served as Extraordinary Ministers of the Holy Eucharist to the sick and homebound until mobility issues became problematic. They attend the parish’s Little Rock scripture study.

By: Jeff Miller|Family Activities, Family of the Month, News & Announcements