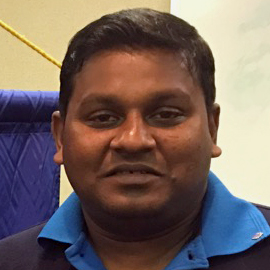 Sanka has been a member of council for less than three months, and we already know he can wield a mean spatula when preparing burgers at the football concession stand. Sanka [pronounced SON-ka] and his family moved to Cedar Hill about a year ago. He and Thilini have been married eight years. They have two children, son Sasen (6) and daughter Sanara (4). Sanka is a supervisor at the LafargeHolcim cement plant warehouse in Midlothian. He was invited to join the council by Bob Motta, this month’s Knight of the Month. Sanka is from Sri Lanka, where he earned a university degree in mathematics. He and his family came to the United States in 2012 after he’d applied for a national green-card lottery for about 15 years. They initially moved to Long Island. When the company that he worked for relocated to Ohio, he was no longer interested in living in a cold climate. Next stop, Texas. That has worked out well for Council 8157.