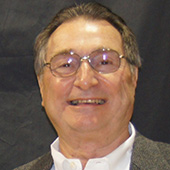 The Raricks have long been involved in Holy Spirit activities, as was the case this past July when they were among a couple dozen parishioners who spent a Sunday afternoon helping to prepare Fall Festival raffle envelopes to be mailed to thousands of Holy Spirit families. Ken joined our council in September 2008 at the invitation of one of his former business colleagues, Allen Reitmeier, and took his major degrees in February 2014. Ken has been a member of Holy Spirit’s finance committee. He and Patty met during the mid-1960s when they both attended Kent State University in Ohio. They came to our area in the early 1970s. And though Ken’s work often took him on the road, he usually managed to be back in town and serving as a hospitality minister on Sunday. The Raricks, both retired, live in Ovilla and have four grown children plus four grandchildren.