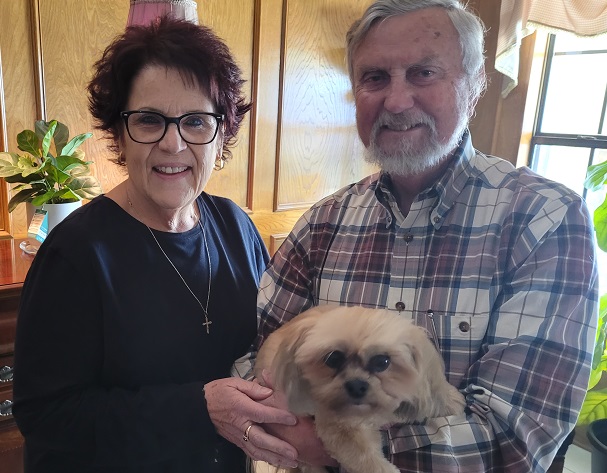 We often hear that new members of the Catholic faith are among the most active. The Ramsdens came through Holy Spirit’s RCIA program in 2008-09 and seemingly haven’t taken their foot off the gas since. In pre-pandemic days, they were frequently involved in parish dinners, funeral luncheons and many other classes and activities that have unfortunately been on hold in recent years. Retirement has only meant more time for church and other community volunteering. Jack retired in June 2012 after running a machine shop in Dallas for 24 years. Juanita retired after 34 years with AAFES, most recently as a merchandise manager. They’ll celebrate their 29th anniversary in July and have lived in Duncanville for 15 years after previously living in Cedar Hill. They have four children, seven grandchildren and one grandchild – oh, and three dogs. Jack joined the KC’s in 2012, took his major degrees in May 2013 and was honored in summer 2020 as the council’s Knight of the Year, recognition for years of quiet, understated service.