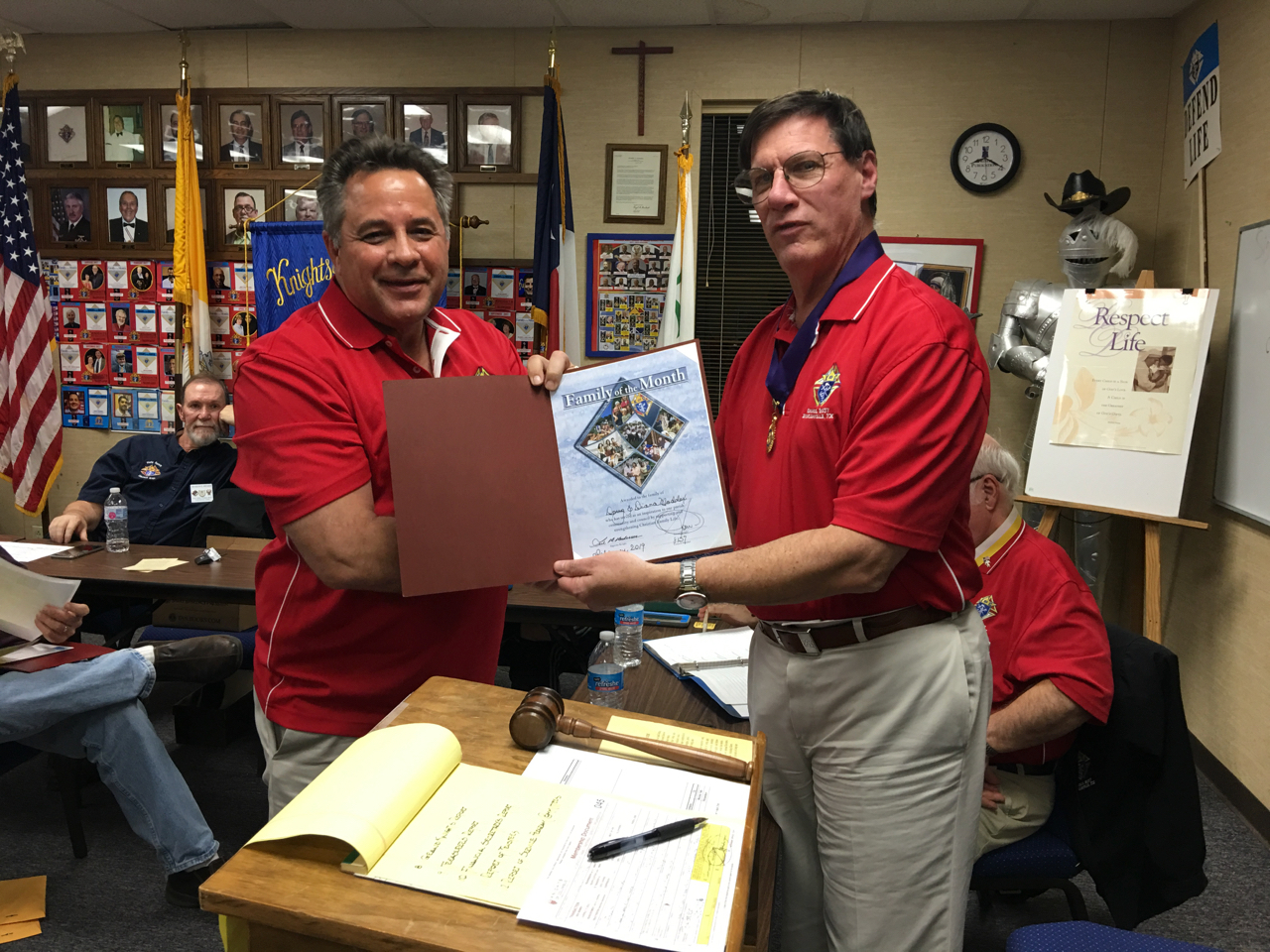 At our February general membership meeting, Doug joined our officers group when he was voted in as the new warden. Doug and his family moved to Cedar Hill last July from Florida when he became an assistant director of the Dallas-Fort Worth National Cemetery just up the road from Duncanville on Mountain Creek Parkway. He joined the Knights in 2014 in Lake Worth, Fla. He retired from the U.S. Army as a lieutenant colonel in 2009 after 28 years. Doug was reared in a military family; at the Christmas parade at Fort Benning, Ga., Santa tossed candy to the children from a tank turret. He graduated from high school in Tallahassee, Fla., and then attended New Mexico Military Institute (Roger Staubach went there before going to the Naval Academy) and received his commission. His current line of work was an outgrown of military duty serving as a casualty assistance officer. While doing that, he participated in a documentary that’s contained on the DVD for the movie “The Messenger.” Doug sees membership in the Knights as “an opportunity to serve and to give back to others. That’s pretty much been my life, in the military and even in the job that I do now with the cemetery.” Doug and wife Diana have been married for five years. Doug has two daughters (Crystal, 27, and Bryce, 18), one stepson (Xavier, 15) and one son (D.J., 5).