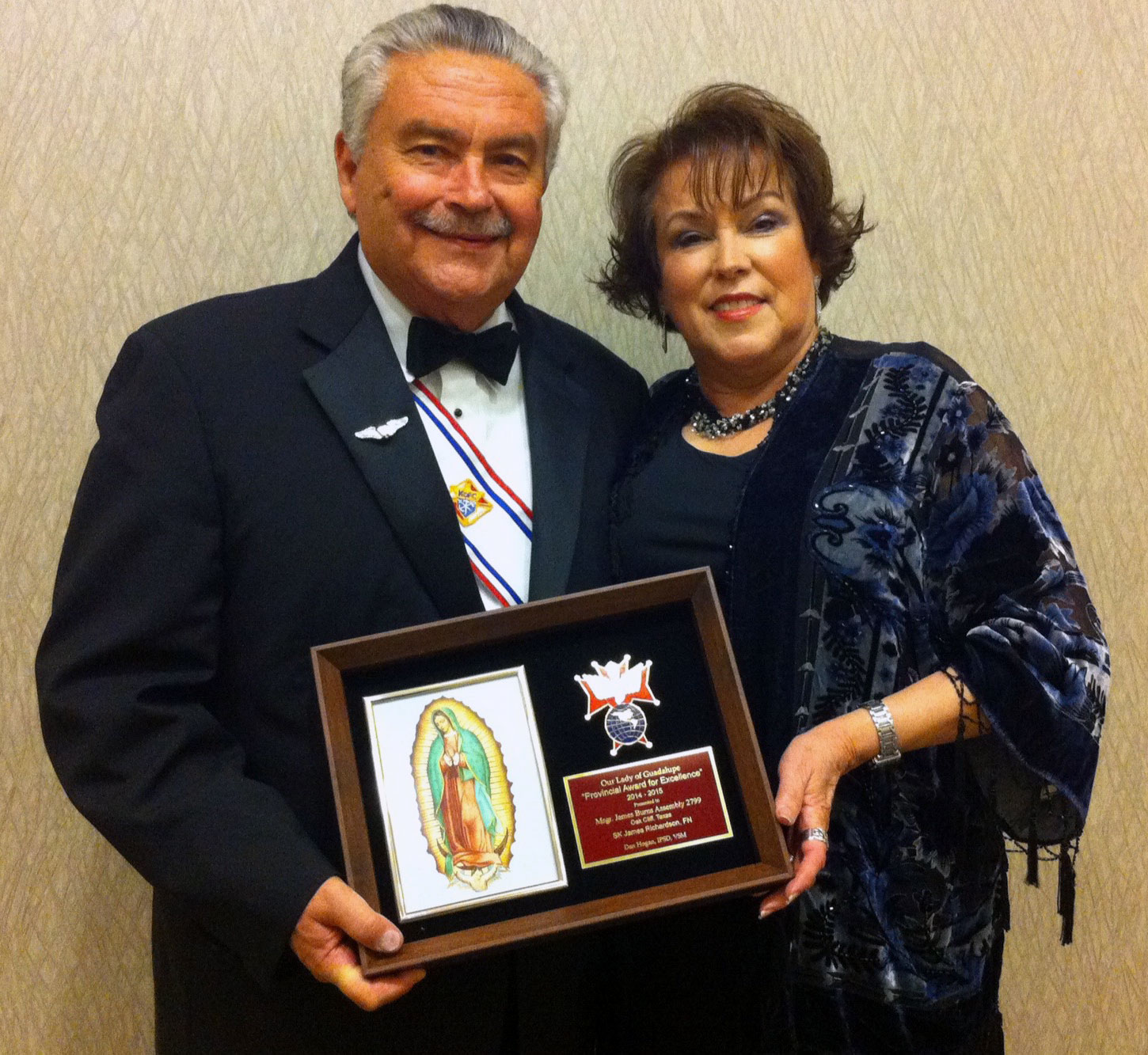 Jim was a junior at St. Augustine Catholic High School in Laredo and Denise was a freshman when they met. Leave it to a member of the Knights of Columbus to be married on Columbus Day, in 1963. Jim’s career took them to Washington, D.C., where he worked in the Reagan administration during the 1980s. They moved to DeSoto in 1990 in connection with the Super-Collider project that got started near Waxahachie but was discontinued a few years later. Jim was our council’s Knight of the Year in 2014, our Grand Knight for 2016-18 and soon after served as the Faithful Navigator for Assembly 2799. He now serves as our 2nd-Year Trustee. Denise has been with the Carmelite Order for 30 years. The Richardsons have four children, 10 grandchildren and five great-grandchildren – with a sixth on the way.