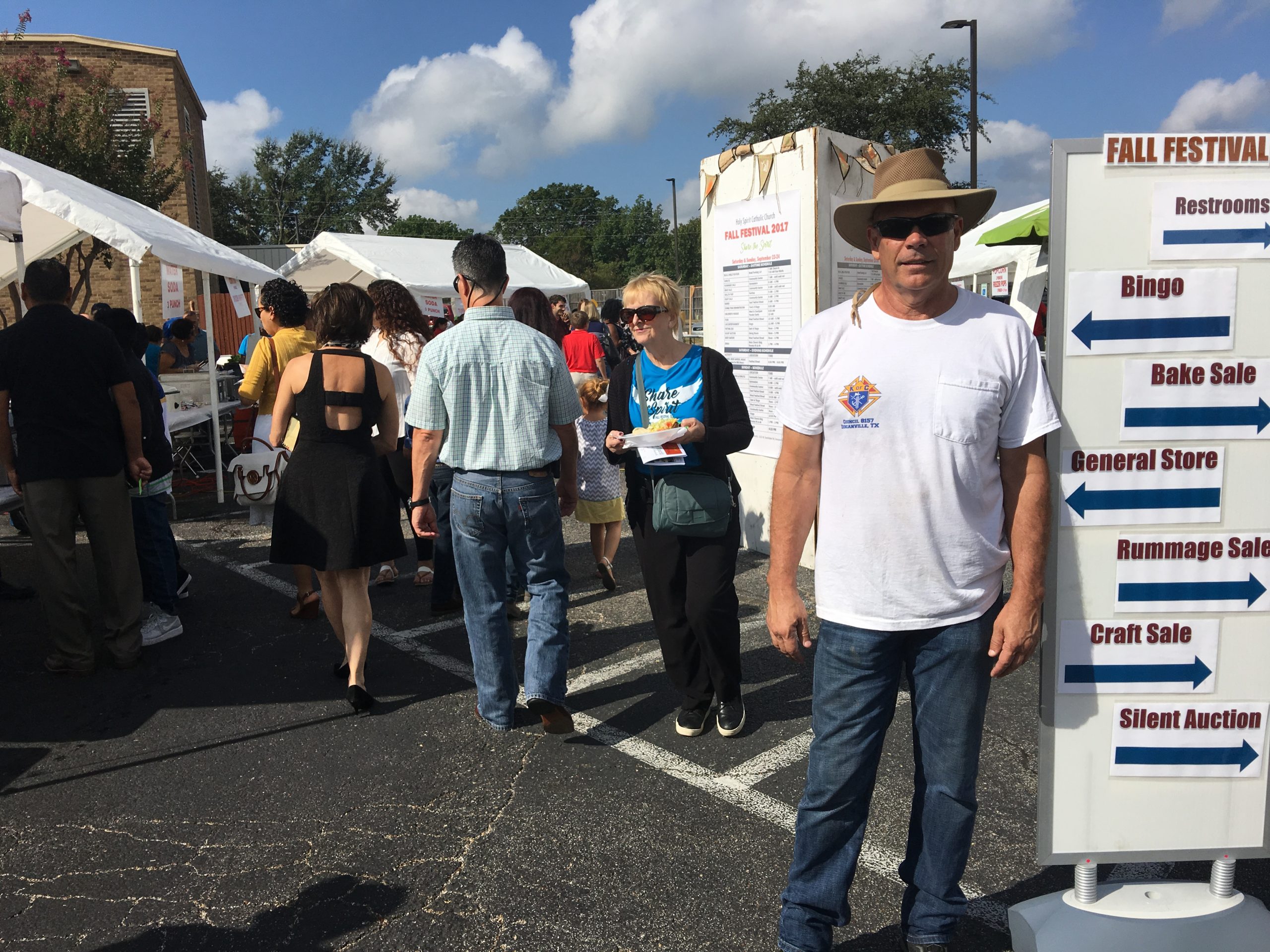 The Kinards are usually the go-to couple for the 5 p.m. Sunday Masses at Holy Spirit after in-person attendance was resumed late last summer. Lynn serves as the sacristan, performing the often unnoticed before-and-after duties. Rod typically serves as Hospitality Minister Captain, overseeing the health checks that allow congregants to occupy the pews safely. Rod and Lynn have attended Mass on Sunday evenings for years, a holdover from the days when their five now-grown children were enrolled in the parish’s children’s faith formation. Rod is a Texas native while Lynn was born in South Dakota. They met in Oklahoma when he was attending Oklahoma State and have been married for 42 years. Rod joined the Knights in 2010, taking his first and major degrees all in one day, and has often put his analytical mind (he has a degree in radiation and nuclear technology) to good use in various logistical council projects. The Kinards live in Duncanville and have 10 grandchildren.