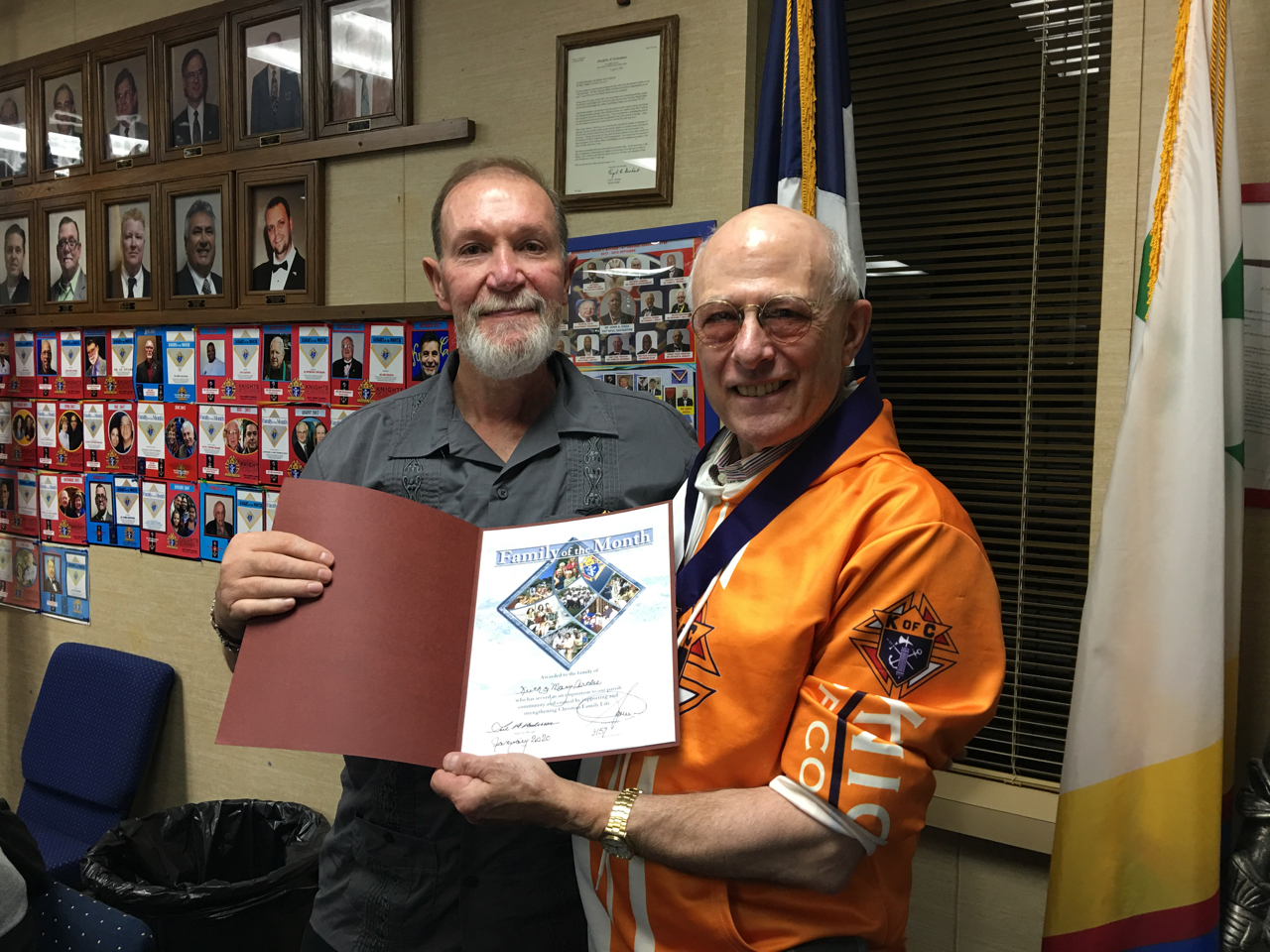 When you next help at a council event in Holy Spirit’s gymnasium, you’ll be near the spot where the Archers met. That happened at a parish singles activity, playing volleyball. Keith grew up in Oklahoma City and headed south for the Dallas area in his mid-20s. He has been a product manager for Weldon Parts for almost 40 years. Mary works for AT&T in Dallas. They’ve teamed up at council breakfasts and the Valley Ridge concession stands. Keith is a member of the parish’s ACTS core team, and they have been involved in RCIA. While some of us are sleeping in on Saturday mornings, Keith is part of the Dallas Diocese Prison Ministry at the county jail. He joined the Knights in April 2018, took his major degrees two months later, and is also a Fourth Degree. The Archers live in Dallas.