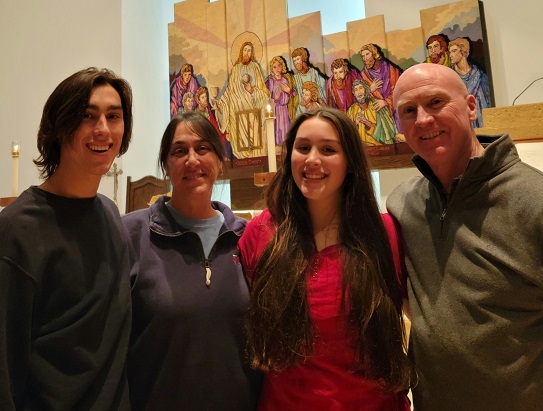 The Ryans have lived in Cedar Hill for five years, and Paul transferred to our council in November 2018 after previously serving over in St. Jude parish in Mansfield. He joined the Knights in 2011 while living in Maryland during his 26 1/2 years with the U.S. Marine Corps and added his major degrees and a membership in the Fourth Degree. The Ryans met in Maryland through mutual friends and came to north Texas soon after Paul’s retirement from the Marines, when he went to work for Bell. Paul, an Arizona native, graduated from the U.S. Naval Academy in 1989. The Ryans have a son (Justin, 17), a daughter (Maura, 13)