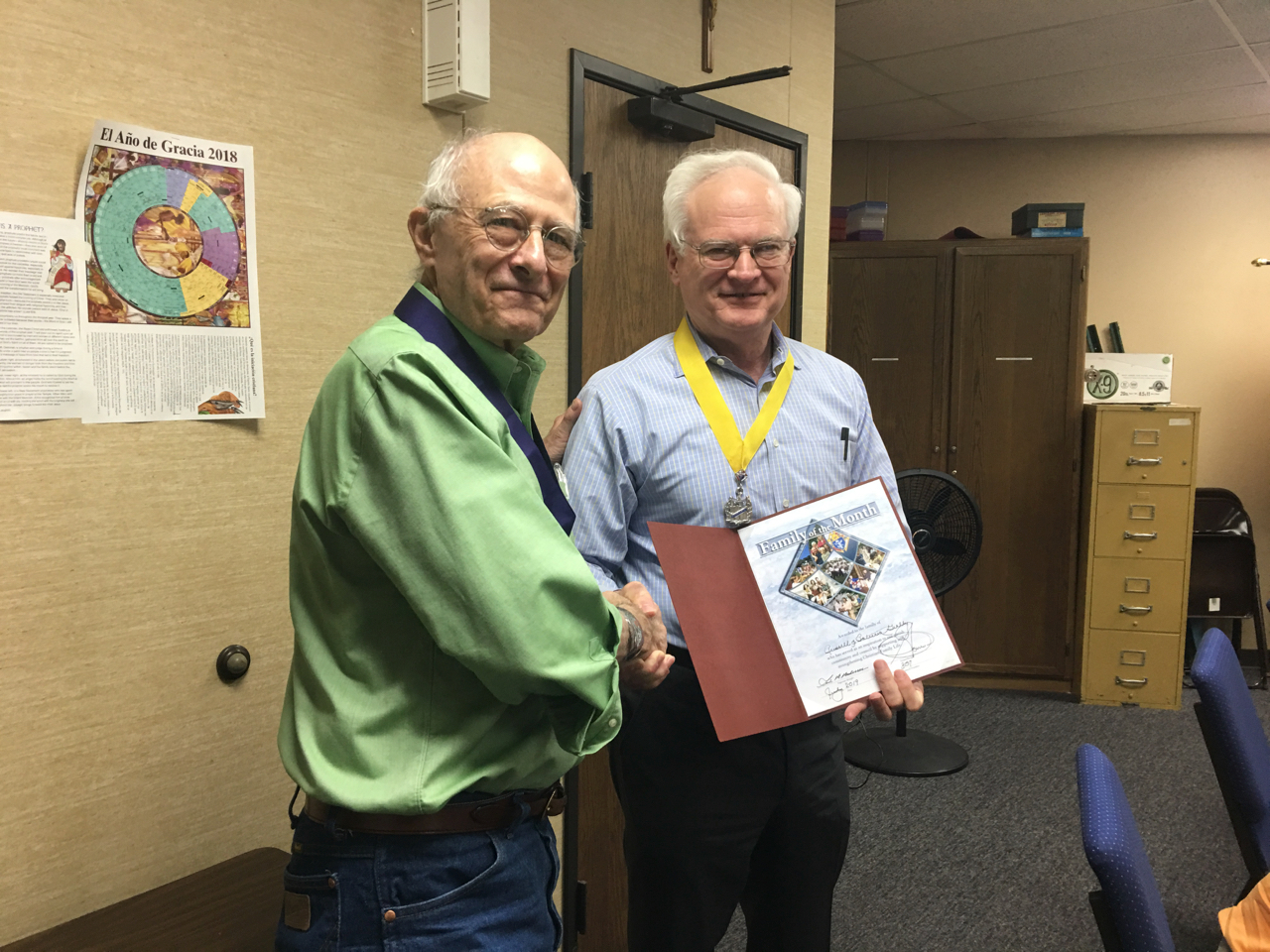 Russell joined the Knights and our council in March 1987, a few months after the newlyweds moved to DeSoto. They met in Austin, where Russell was attending the University of Texas. Russell served as our Grand Knight 1994-96 and since then has for many years been 8157’s Advocate – and even was the State Advocate for two years. The Gullys have three grown daughters and two granddaughters. Monica and husband Paul Chartier welcomed Lily in June to join 5-year-old Rosemary to their home in Pflugerville, north of Austin. Teresa recently earned her master’s in biostatistics from Boston University and is living in Madison, Wisconsin. Rachel will be a junior at UT this fall majoring in business after spending the summer studying in Edinburgh, Scotland. Russell recently completed his 35th year with the Dallas law firm Thompson and Knight. Just can’t get away from the Knights.