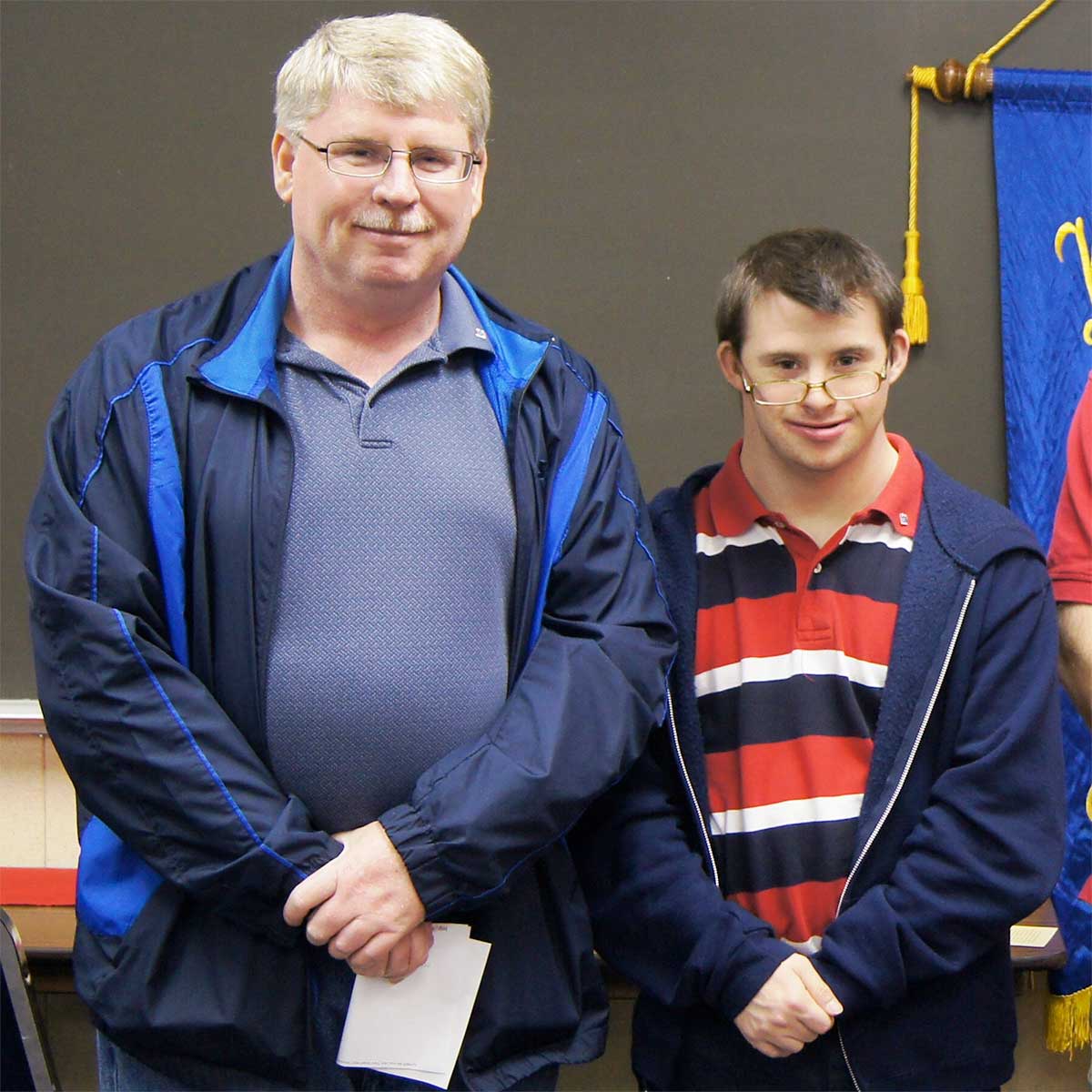 Through the years we’ve had the privilege of watching fathers and sons come through degree ceremonies together. Such was the case when Ben and Tim Burns joined the council in March 2013 and then took their major degrees three years later. Tim was born with Down syndrome, and Ben was particularly pleased that their joining the Knights together allowed Tim to expand his opportunities to interact with parishioners. Ben and Marilyn met while attending the University of North Texas and have been married for 29 years. They joined Holy Spirit 14 years ago after moving over from Arlington. Ben works in Irving for New York Air Brake, which builds equipment for trains. Marilyn works with the DeSoto ISD Soaring Eagles program, where Tim, now 28, is an associate. She was previously the librarian at the Notre Dame School of Dallas when Tim was there. Ben is the scoutmaster for Troop 263, a special needs troop, through which Tim became an Eagle Scout last spring.