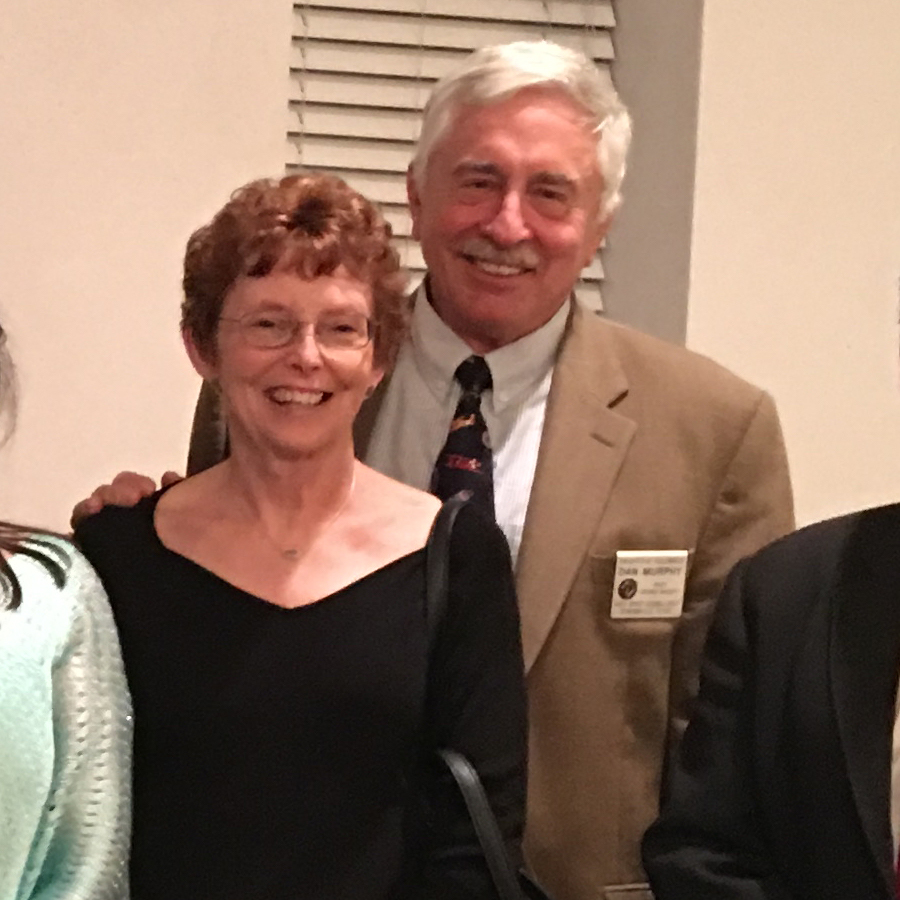 The Murphys have been active parishioners for years. If you dropped by Holy Spirit’s recent Vacation Bible School, you saw Dan helping out. If you take in a weekday Mass, you’ll likely see Pat among those who deliver Holy Communion to the sick and homebound. On Sunday mornings, the two of them are among the captains for the Eucharist Ministers during the 9 a.m. Mass. Dan joined our council in 1998 and quickly moved up the ladder of 8157 officers. He served as our Grand Knight during the fraternal years of 2002-03 and 2003-04. As a graduate of the Naval Academy after attending Jesuit College Prep, Dan has been active for years in veterans activities at Holy Spirit. It was during his time at Annapolis that he met Pat, who grew up in Philadelphia. They were married in 1975. After retiring as a Naval officer in 1995, he recently retired from instructing R.O.T.C., which he did at multiple high schools in the area. Pat recently retired from a career as a field nurse for Lion Hospice Care.