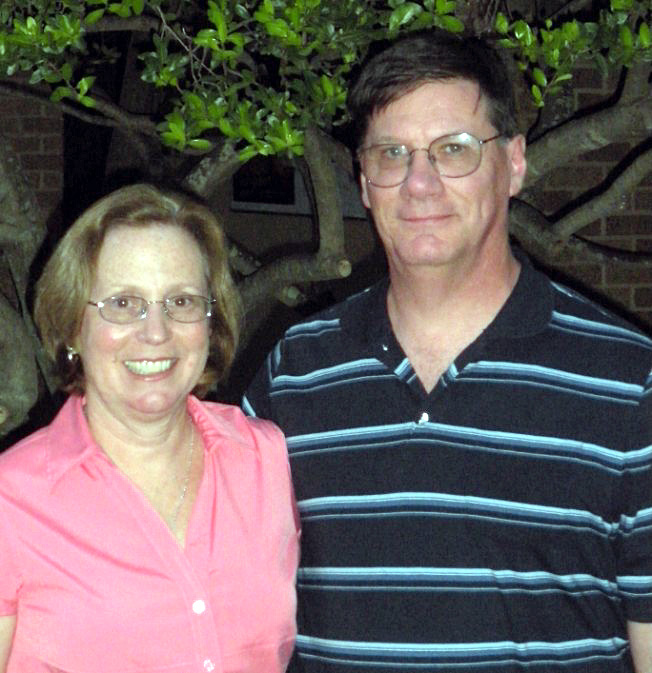 Frances & Jeff Miller have been Holy Spirit parishioners since 1988. They are very active members of the parish, as lectors and as outreach ministry volunteers. They met at Auburn University in Auburn, Alabama in the mid-1970’s and were married by April 1978. Together they have four adult children (Kimberly, Jason, Kevin and Joseph) and two grandchildren. Frances, along with her brother and five sisters, grew up in Jacksonville, Florida and attended Catholic schools all the way through high school. In 1988 the Millers moved their family from Jacksonville, Florida to Dallas, Texas, when Jeff went to work for the Dallas Morning News. Frances has been the administrator of an outpatient surgery center in north Dallas for several years, she is recently retired. Jeff now works as a freelance writer and contributes to The Texas Catholic newspaper. Jeff is a published author, widely known for the book, Grown at Glen Garden: Ben Hogan, Byron Nelson, and the Little Texas Golf Course that Propelled Them to Stardom.

Jeff joined the Knights and our council in 1998 invited by then-Grand Knight Bill Chalko. Jeff is one of the most active Knights in our council, having served as Council Recorder twice, served as Chancellor and as Deputy Grand Knight, and he served as our Family Programs Director for a few years. At Holy Spirit he has been a Eucharistic Minister, a faith formation instructor, a Lector and a funeral helper.

By: Jorge Ruiz|Family of the Month, News & Announcements