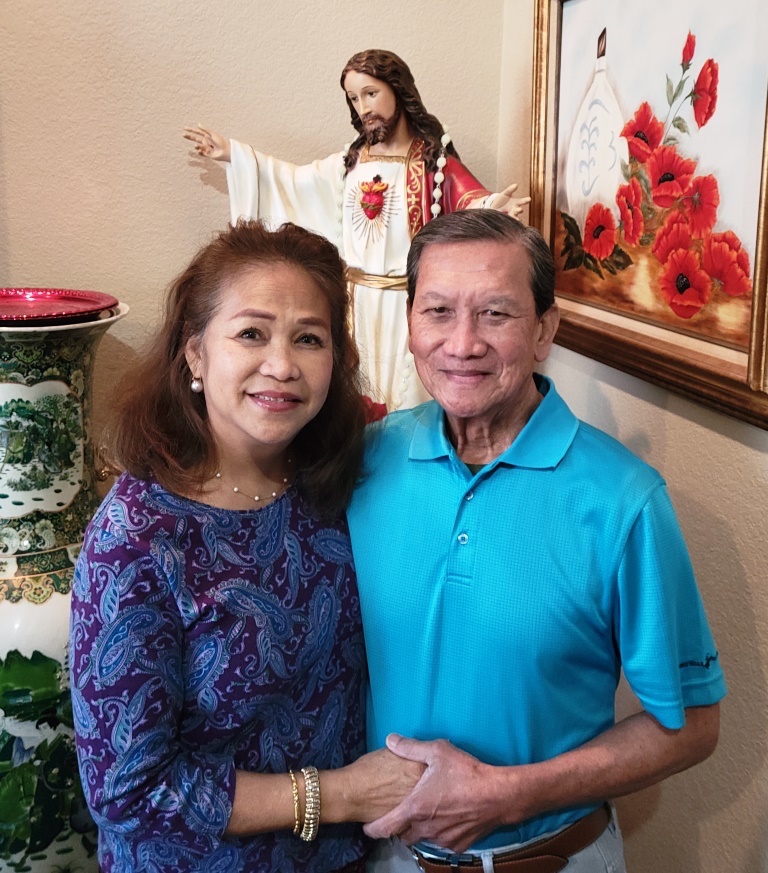 Eduardo’s personal history with the Knights of Columbus is a familiar one. He initially joined the Order in 1992 while living in his native Philippines, where his work as a high school teacher often took him to different locales and made it difficult for him to feel active in his council. He came to the United States in April 2021, married Cindy the following month (he being a widower, she a widow) and settled in Cedar Hill. Eduardo being retired, he re-entered KC membership last December with 8157 and wasted little time diving into council activities – along with Cindy. They were mainstays during the Lenten fish fries – he becoming an expert in the preparation of coleslaw in the kitchen under the watchful eye of Greg Warr, she helping with the efficient assembly line operation that boxed the orders in The Upper Room and got them ready for distribution on the drive-through line. They also participated together in the council’s luncheon at the St. Joseph residence home in Oak Cliff in May. Eduardo has six grown children and “almost more than a dozen” grandchildren. Cindy has two grown children.