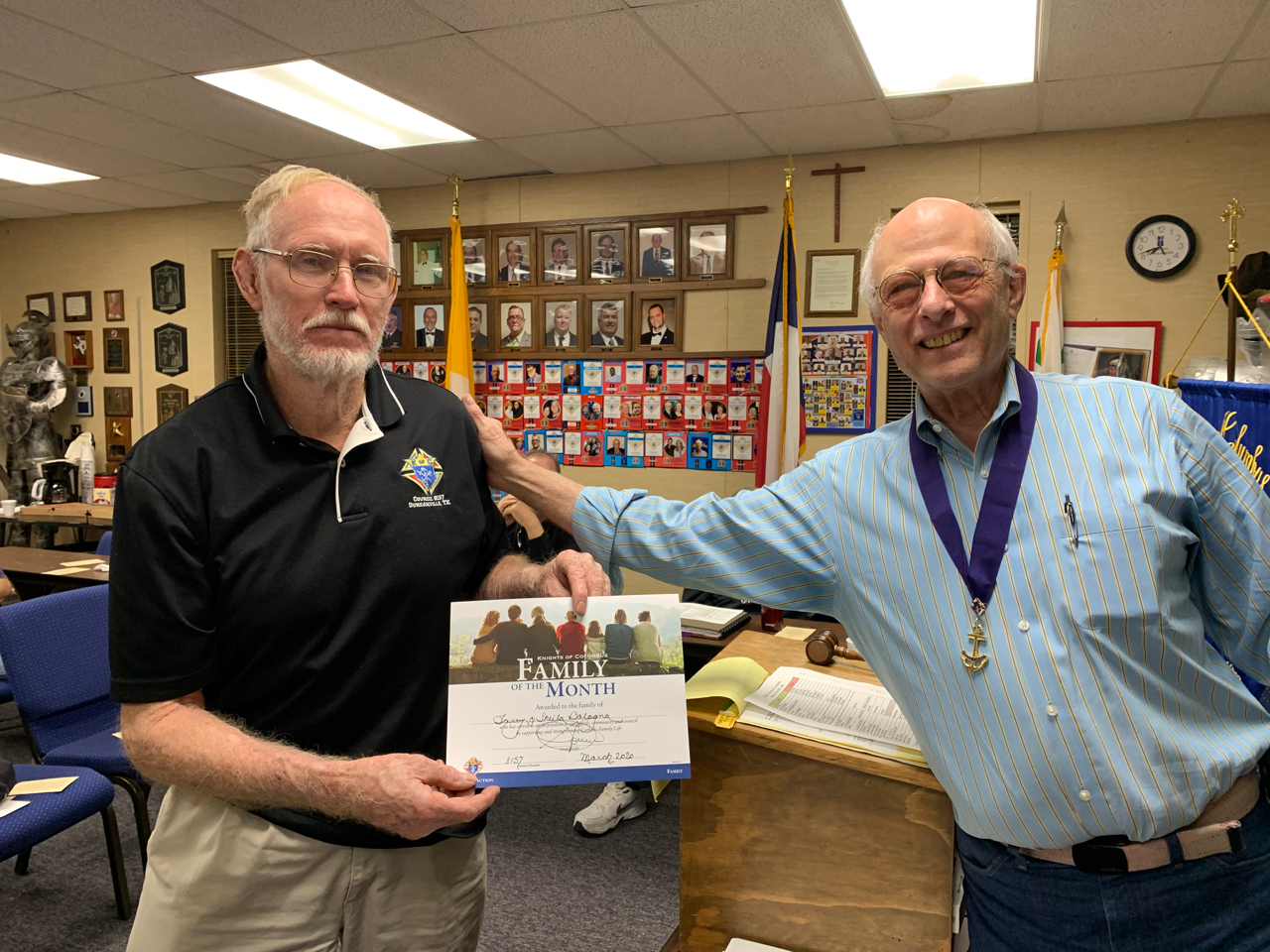 The Balagnas celebrated their 47th anniversary in late January. Larry and Sheila met at bowling alley in Farmington, Ill., where they were on competing teams. Sheila said it was love at first strike for her but it took him a little while to come around. They came to our area in 1995. It was a year later that Larry joined the Knights, following in the footsteps of two of their three sons, and soon after took his major degrees; he’s now also a Fourth Degree Knight. Larry and Sheila each retired in 2013, Larry as the event coordinator at Northwood University and Sheila as a credit manager for Gibraltar Industries. They’re active parishioners. Larry is usually ready with a smile to open the sanctuary door as a hospitality minister for the Sunday 9 a.m. Mass. At council events, he’s typically among the first to arrive and the last to leave. Sheila’s volunteer work includes being a member of Holy Spirit’s funeral ministry. Their sons live in Colorado, Illinois and Nebraska, and there are five granddaughters and one grandson.