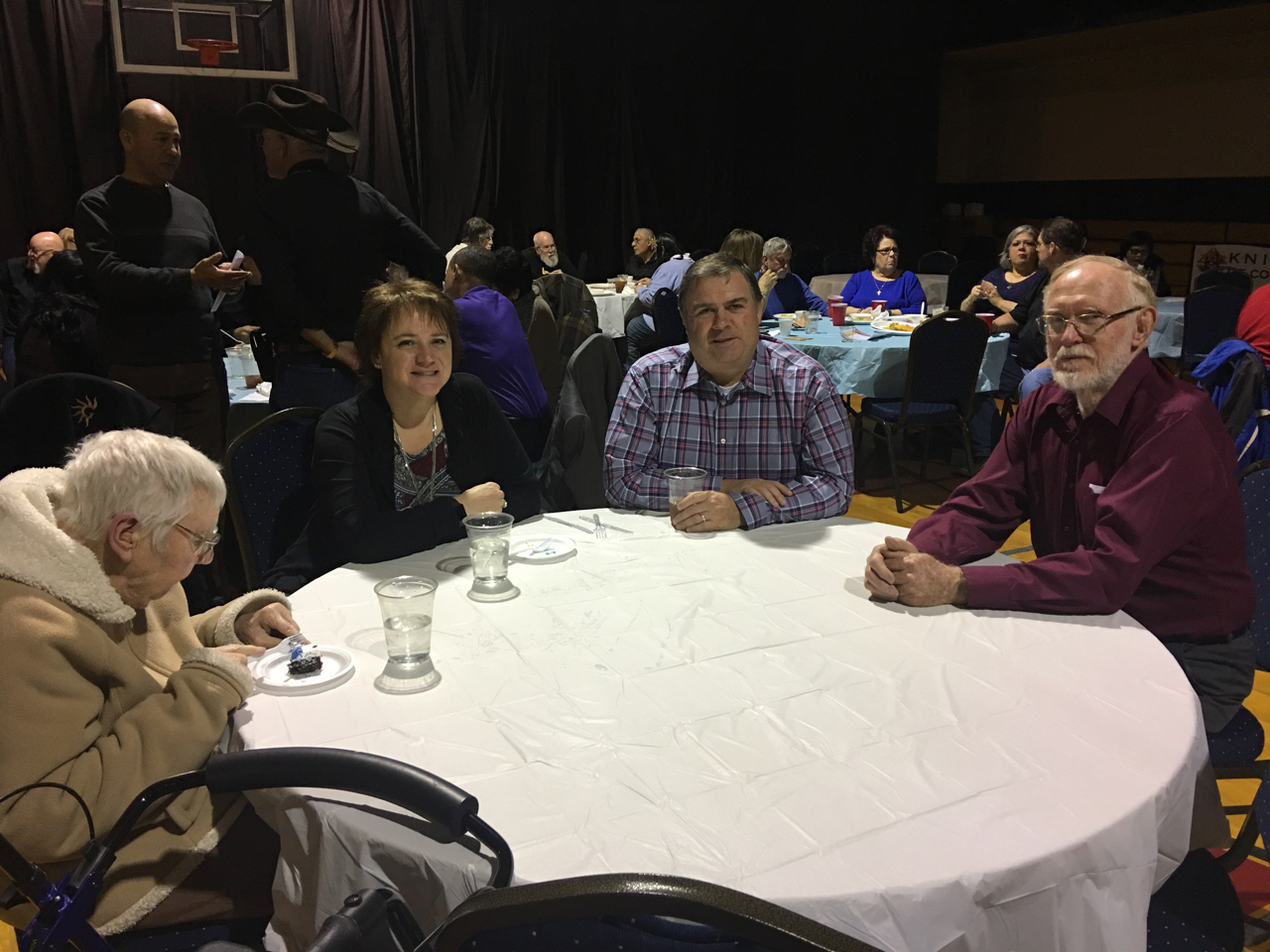 You’ll recall Dan experienced a horrific accident at our April 5 Lenten fish fry during which he fainted, having donated blood earlier that Friday, and fell into multiple pots of 350-degree frying oil out behind Holy Spirit’s community center. Dan suffered second- and third-degree burns and spent weeks recovering at Parkland Hospital’s famed burn unit before returning home to Midlothian.

Various council members visited Dan at Parkland, which helped pass the time and take his mind off important issues like Parkland’s in-house TV system not allowing the Illinois native to watch Cubs games on the MLB Network. If there can be a highlight for such an experience, it probably was the surprise visitor was the Diocese of Dallas’ Bishop Edward Burns.

The Schneiders came south in January 2016 when Betsey accepted a position with AT&T. Dan works in national food sales and travels a great deal, which he can do as easily from D/FW as he did from O’Hare.

Dan became a Knight in 1993, joining the council in the Illinois town of Algonquin west of Chicago. His father was a Knight for more than 50 years. Dan was Council 11091’s Grand Knight and Knight of the Year for the 1997-98 fraternal year and then served as Faithful Navigator at Assembly 2381 in nearby Elgin in 2002-03.

Dan graduated from Northern Illinois University just outside Chicago. One of his hobbies for years as been serving as an on-field official for scholastic football games.