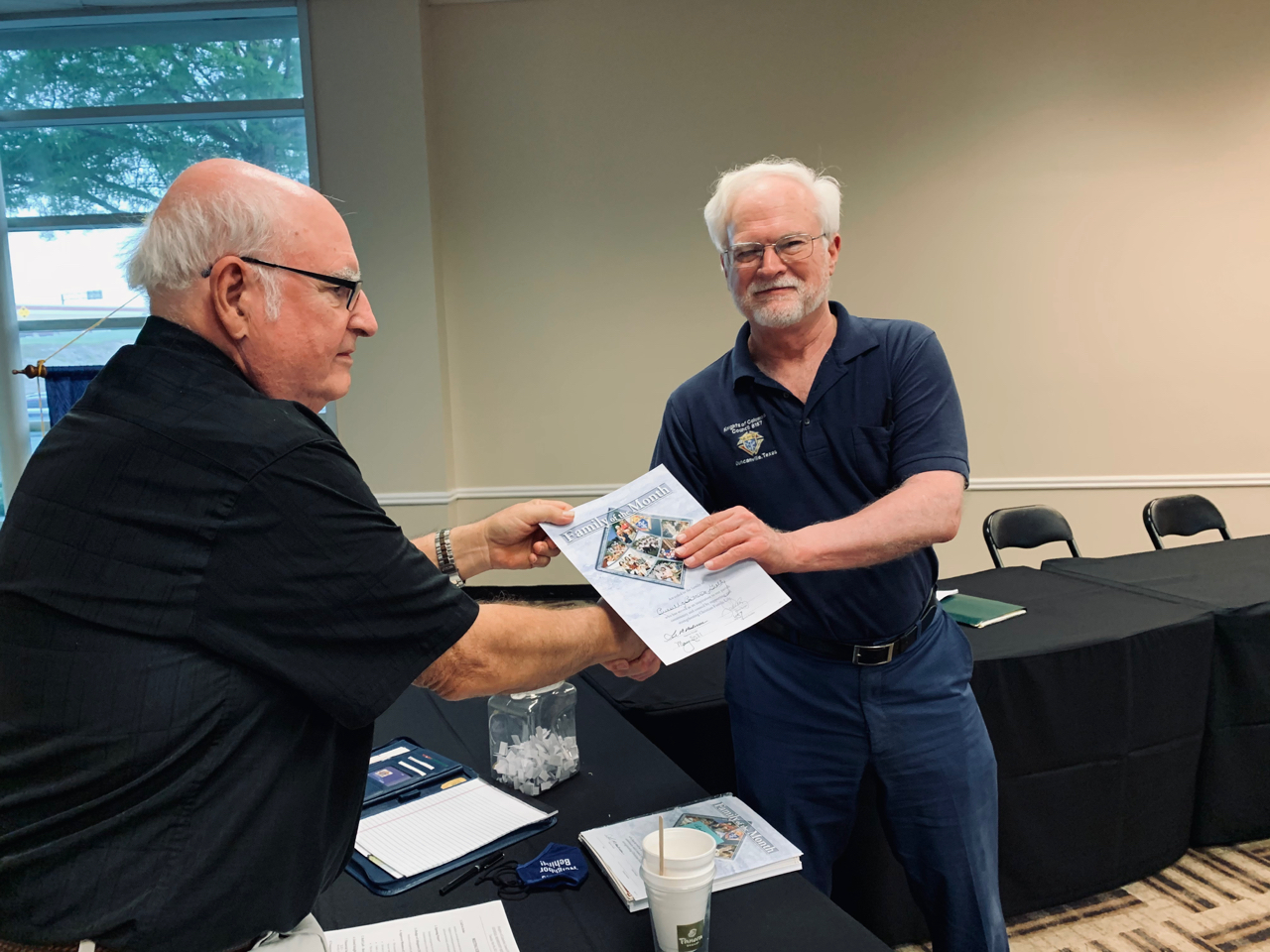 The Gullys have been constants at Holy Spirit since 1986. Of the many roles they’ve performed over the years, they’ve added another during the parish’s return to in-person Mass attendance since last August by being involved in the hospitality ministry that has helped safely admit and seat congregants.

When family activities director David Dybala introduced the Gullys as the Family of the Month at the council’s May meeting, he noted Russell has been with the law firm of Thompson and Knight LLP for 37 years and “just can’t get away from the Knights.”

Russell grew up about 10 miles from San Angelo. After high school, he attended Angelo State for a year and then transferred to the University of Texas. He earned bachelor’s and master’s degrees in mathematics and later added a law degree.

Russell and Tricia met in Austin. She was working there and attended her parish’s monthly young adults’ organization meeting, which happened to take place in Russell’s apartment. The Gullys moved to DeSoto in 1986, and Russell joined the Knights in March 1987. He served as Grand Knight during the fraternal years of 1994-95 and ’95-96, the first years that 8157 earned Star Council. He has been our Advocate for years and was also State Advocate for two years.

The Gullys have three grown daughters and two granddaughters. Middle daughter Teresa will be getting married in August, and youngest daughter Rachel will graduate from her father’s alma mater in late May.