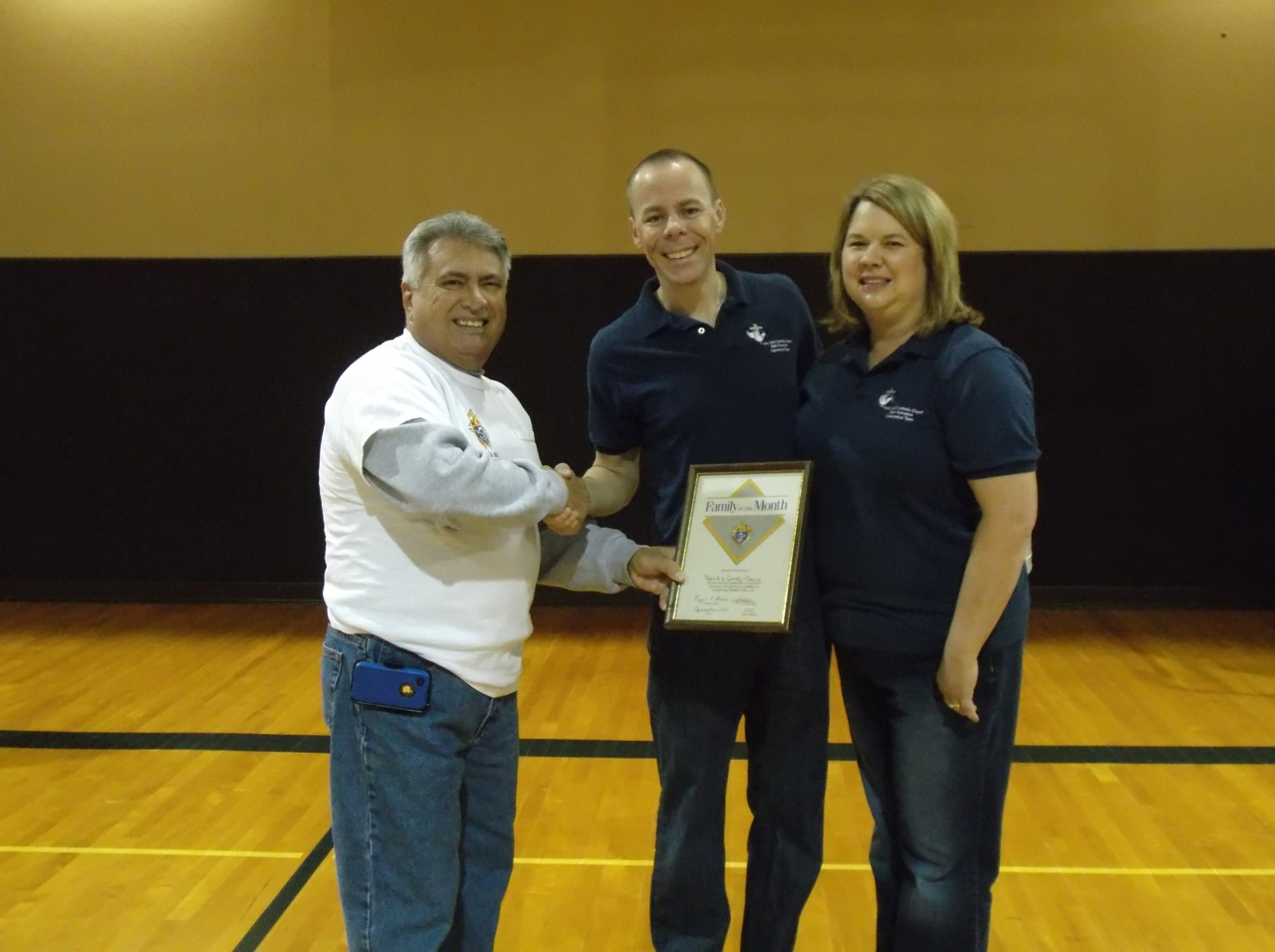 Mark described the experience of he and wife Cindy co-chairing the parish’s annual Fall Festival in September as “extremely scary at first but extremely rewarding at the end.” A faith journey, indeed, that concluded with another tremendously successful event after months of planning by the Meyers and the dozens of parishioners who worked with them (including many other Knights). The Meyers live in Grand Prairie and have been parishioners since marrying 15 years ago; Cindy grew up in the parish, in Duncanville, while Mark is from Dallas. They met while attending Texas A&M. Mark works in landscape architecture, and Cindy operates a business called “Bite of Cake” that produces cake balls. They have one child, 10-year-old Leeza, adopted from Russia when she was 1. Mark joined the Knights about 10 years ago. Cindy is a reader during Mass, and Mark is a Eucharistic Minister. Together, they teach a second-grade Faith Formation class and also serve as a marriage sponsor couple. You’d think the Meyers’ well-earned status as Festival co-chairs emeritus would allow them to figuratively put their feet up and enjoy next week’s event with a more leisurely assignment. But Mark notes they’re so excited that 2014 will mark the 40th anniversary of the parish that they’re likely to go at it at about the same pace.