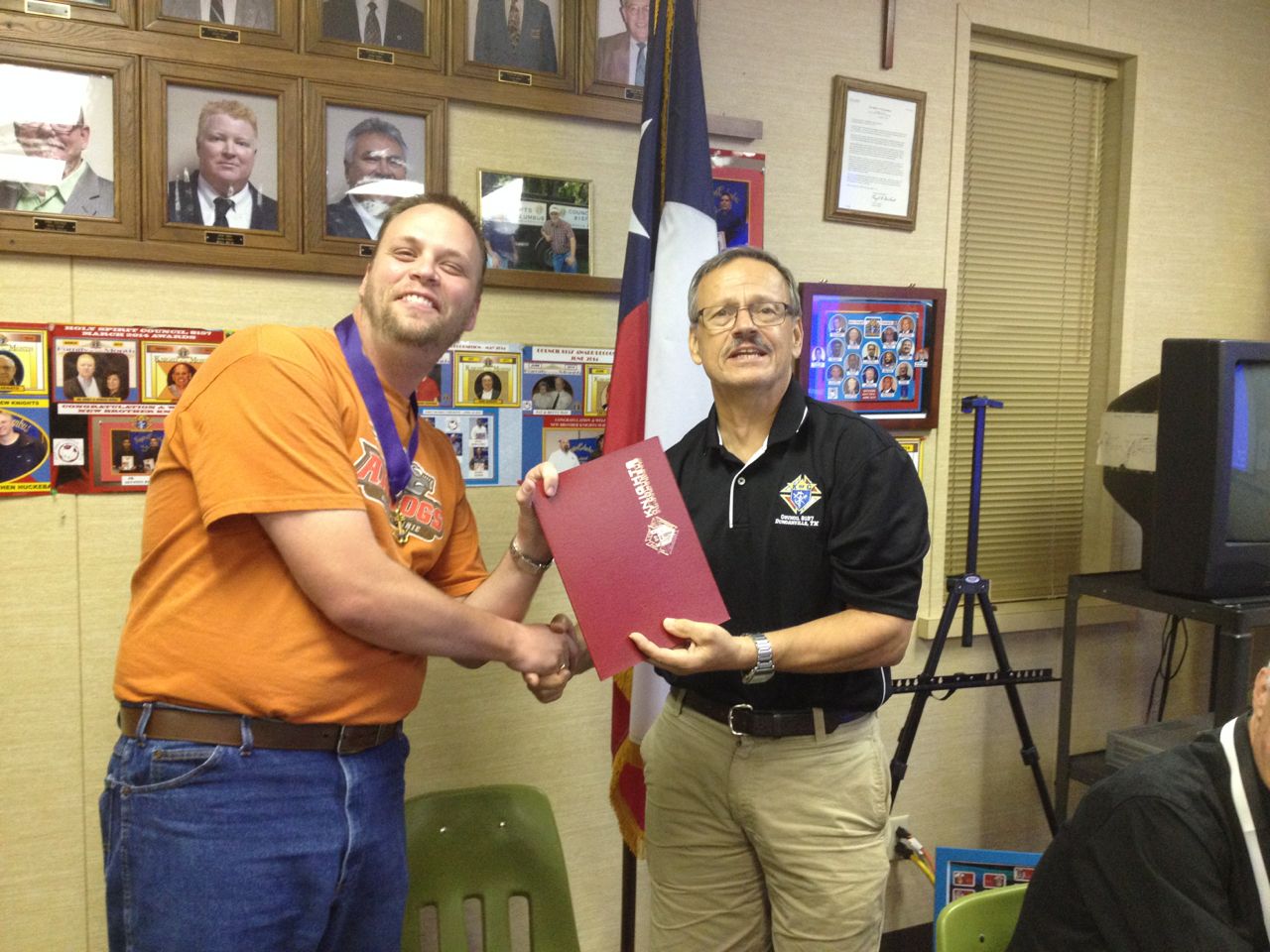 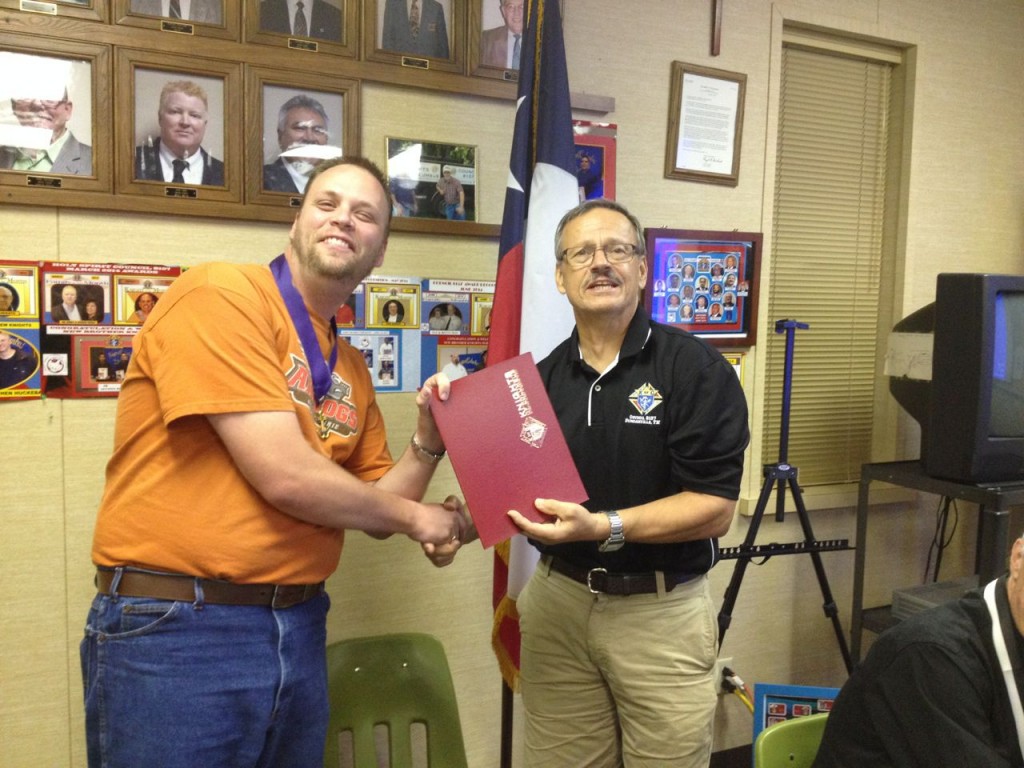 The Fitzgeralds made Holy Spirit’s kitchen their kitchen during September’s Fall Festival for the fourth consecutive year. They served about 175 guests at the annual Saturday night dinner. Mike prepared beer can turkey while Susan fixed broccoli, mashed potatoes and desserts. She also made the table decorations and personally designed the dinner tickets. Sunday morning, they were back at it. Mike baked cookies from 9 a.m.-3 p.m. while Susan helped staff the bake-sale table in the community center lobby. Mike took his first and major degrees early in 1999 and was our Knight of the Year in 2011. He and Susan will celebrate their 34th anniversary in November. He works for Allianz insurance, and she’s the librarian at DeSoto West Middle School. They have three grown children and nine grandchildren.