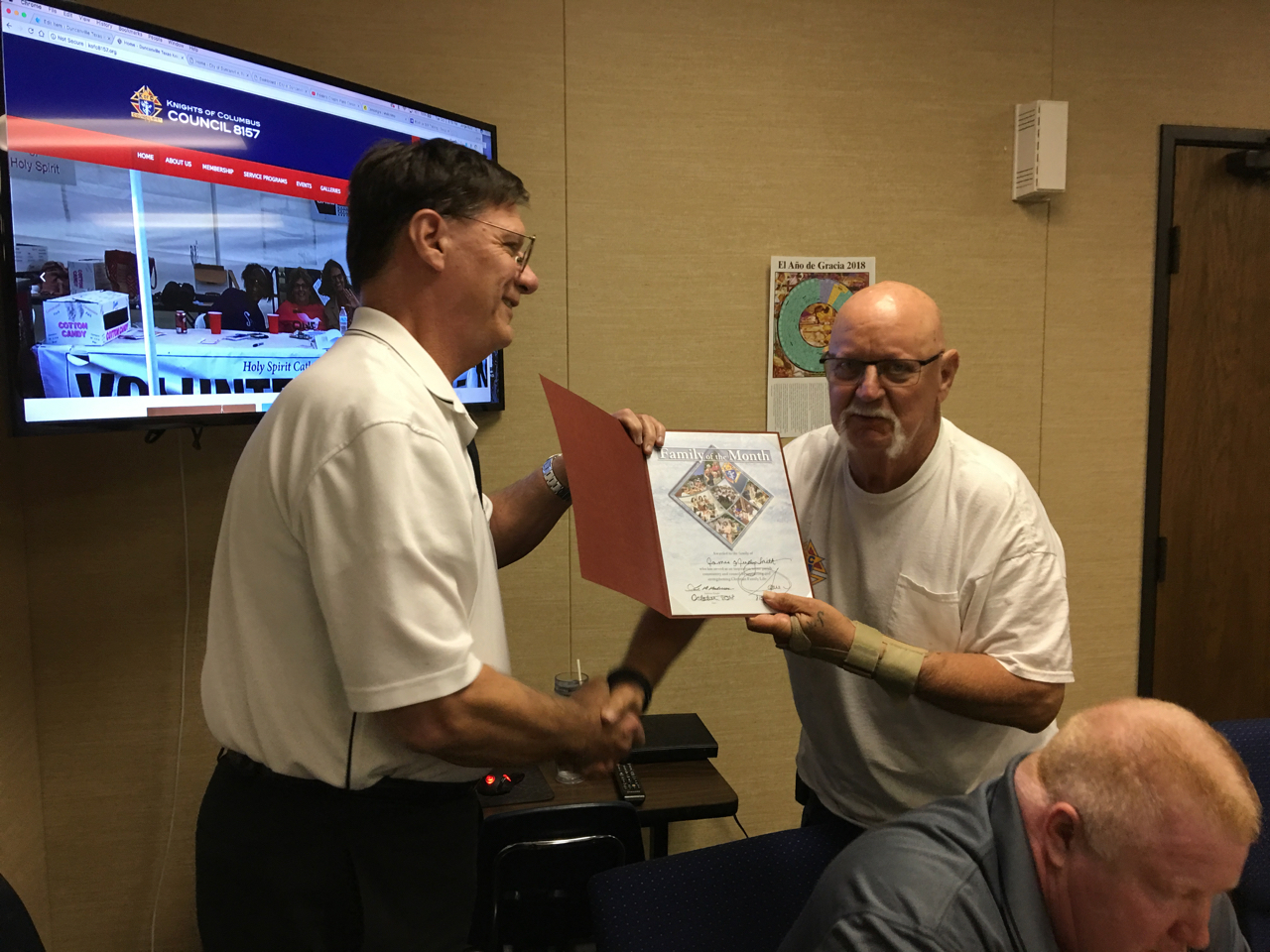 For the Smiths, the faith journey can sometimes be a literal one. A few years ago, they were part of a Holy Spirit group that followed Fr. Eugene through the Holy Land and Italy. This October, they’re off with a similar parish gathering to visit religious sites in Portugal, Spain and France. James has embraced the roles of council treasurer (which he took on last year), director of church activities and director of concessions (which he took on this past July). It makes for a busy schedule, and Judy often rolls up her figurative sleeves and works with James side by side (elbow to elbow when they team to clean our concessions stands on a weekday morning following a busy weekend. Their devotion to Holy Spirit can also be found in the time and energy that they devote to funeral luncheons, which are often scheduled in a short amount of time to be added to the Smiths’ schedule. They were married in 1981 and live in Duncanville (with their dog, Jake, who resembles a small horse). Daughter Jamie and granddaughter Caroline live close by and often pitch in during council activities. James joined our council in 2013, took his major degrees a year later and soon after joined the Fourth Degree.