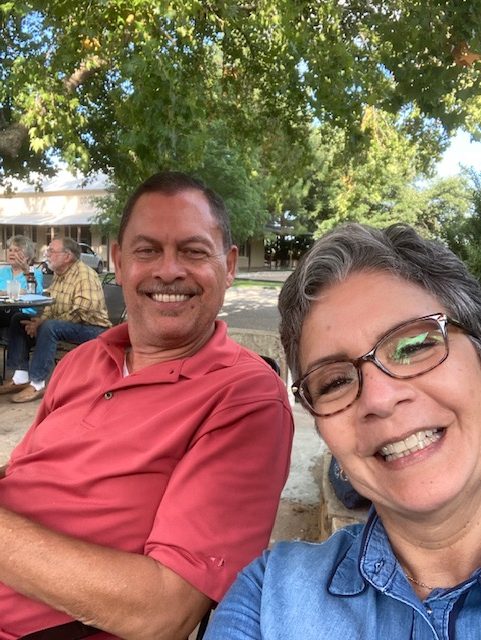 Like many Holy Spirit parishioners, John and Bonnie have adjusted their parish activities during the pandemic. Bonnie continues as a lector, during the Saturday Vigil Mass that John attends with her. She often returns for other Masses to help out in the new role of projector operator. With the resumption of the Sunday evening Mass this autumn, John often comes back to help out as one of the Hospitality Ministers to safely check in attendees. John remains active with many of the council’s Knight Hands projects and serves as our Warden. Bonnie is a Eucharistic Minister, prevented during the pandemic from performing many related roles, and is part of Holy Spirit’s Christmas Market planning committee. The Esprees have been parishioners for 20 years and will celebrate their 20th anniversary next March. John joined 8157 eight years ago. We’ve often seen grandson Jeremiah pitch in during KC functions. Don’t look now, but Jeremiah (13 years old and an eighth-grader at St. Elizabeth Catholic School) is almost taller than John.