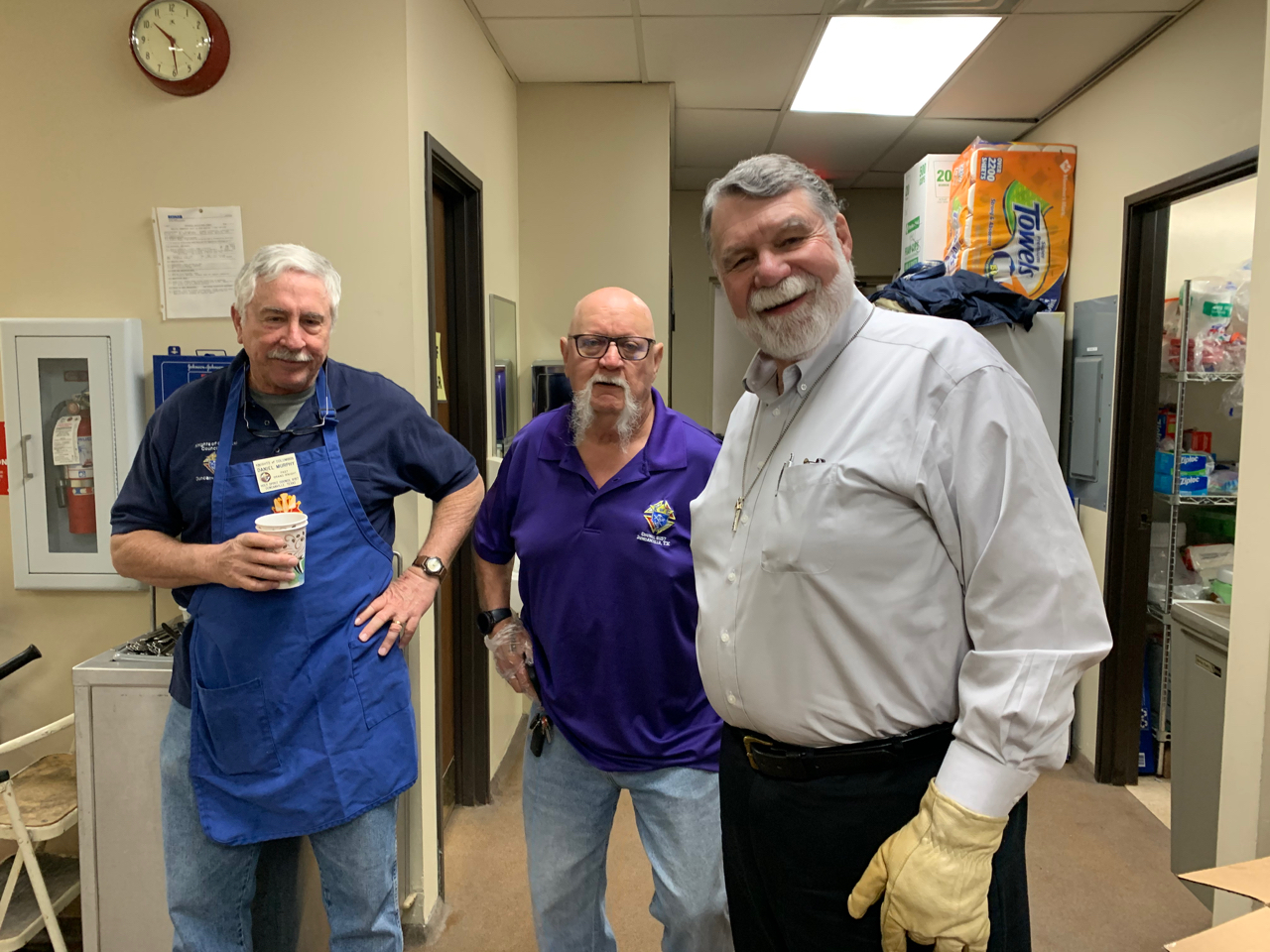 As much as the current pandemic has affected the rituals and faith practices for Holy Spirit parishioners in recent months, consider what it has meant to those on the sanctuary altar. For Deacon Al, many aspects come to mind. For one, the presiding deacon no longer extends an invitation for attendees to extend a sign of Christ’s peace to those around them. He also misses being able to take Holy Communion to the homebound and others who can’t attend Mass. “It’s imposed a sense of spiritual isolation on some people,” Deacon Al noted. And with the limited congregational seating, he has found it more difficult to get a read on how his homilies have been received. Deacon Al has been a deacon since June 2002 and a member of the Knights of Columbus since 1971. Al and Jackie were married in May 1985 and came to our parish in the early 1990s. “Let me make clear,” Deacon Al emphasized, “it’s always a complete joy and privilege to stand beside Father and assist him at the altar.”