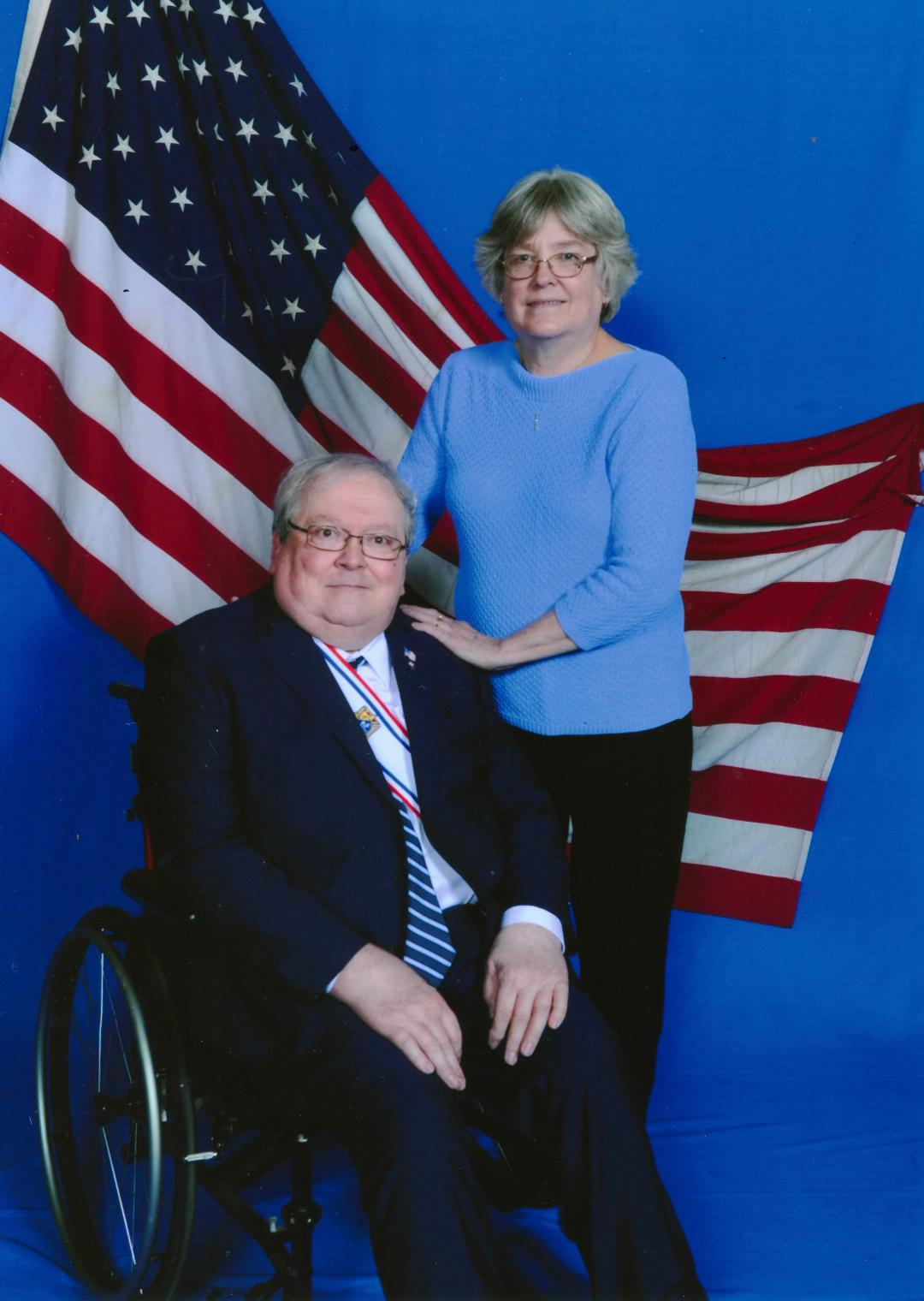 Alex Sabo and his wife Therese are regular attendees of the Saturday evening vigil Mass at Holy Spirit Catholic Church in Duncanville. Alex proudly added a Fourth Degree pin to an American flag pin and a Knights of Columbus shirt to his wardrobe at each Mass. Alex was inducted into the Fourth Degree at St. Francis of Assisi in Frisco in October entering Assembly 2799. He joined Holy Spirit’s KC Council 8157 in March 2014 and took his major degrees a year later.

The Sabos celebrated their 40th anniversary this past April. They settled into Duncanville in the fall of 1982 and have been Holy Spirit parishioners since. Alex graduated from high school in Youngstown, Ohio, graduated from his hometown university (nicknamed the Penguins!) and followed an older sister to the Dallas-Fort Worth area in 1978. He got his CPA license after earning a master’s from UT-Arlington. Alex retired in 2013 following 26 years with the IRS. The Sabos have two grown children (Brian 38, and Emily 35) and three grandchildren. Alex remains a huge fan of the sports team that he grew up with in northeast Ohio – Cleveland’s football Browns and baseball’s Indians/now Guardians.

Alex is confined to a wheelchair or walker. He was born two months premature at 4 pounds, 13 ounces. “My mother was told all through her pregnancy I would not walk, talk or learn,” he said. Alex began to walk at age 4. “God blessed me with almost an endless supply of relentless determination,” he said. That was tested at the Fourth Degree ceremony. The Sabos encountered problematically steep ramps and large, heavy doors at the church. It would have been extremely difficult for Therese to get Alex from point A to point B. Just then, as Alex recalled, a gentleman named Ricardo became, as he put it, “my guardian angel.” Ricardo voluntarily made it possible for the Sabos to traverse through much of the day. “For the rest of the day, he pushed me wherever I needed to go,” he said. “I need to send a thank you to the church.”

Speaking of volunteering, Alex has helped out with the Dallas Diocese’s Catholic Pro-Life Community for years. Specifically, he’s about to embark on his 10th year selling raffle tickets for the annual Bishop’s Pro Life Dinner. In 2021, he sold the first-place $10,000 ticket to a Holy Spirit parishioner. This past spring, he sold the second-place $5,000 to another Holy Spirit member. He’s hoping to get permission to display a sign touting a personal “three-peat.” “I’m good at the sit-down jobs,” Alex said. “I love to talk on the phone. I usually don’t take no for an answer.”