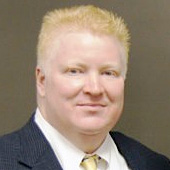 Andy Goza feels blessed the council’s 30th anniversary took place during his two-year term as Grand Knight, which began in July 2010 and ends as of June 30, 2012- the night of the anniversary dinner. “That’s pretty cool,” he said. Andy is very proud of the Knights’ volume of collective activity and the increase in membership during his time as Grand Knight. “I tried very hard to get new members in and involved,” he said. “These people hit the ground running. They’re new but willing to work very hard. I keep saying it’s a group effort.” His goals also included making the council more open, more accessible and to guide the council more so than rule over it. “I never want to tell anybody anything; I want to suggest things,” he said. The establishment of Allen Reitmeier’s Knight Hands program and the ability to satisfy financial requests made by the parish and individuals are other council achievements that he’s proud of. “We raise money to give it away,” he said. New members included Jack Whitacre, Peter Perta, John Espree and Pete Trevino. Transfers and reactivations included Dom Mascardo and 8157 founding member Mario Tiambeng. We lost Ross Musso in January 2011 and David Briggs in April2012. The Knight of the Year for 2011-12 was Mike Fitzgerald. Andy is a second generation parishioner who recalls attending Masses as Reed Junior High. His maternal grandfather was a Grand Knight in Sherman. He joined the Knights in August 2008 at the urging of Bill Dover. Andy not only made it a priority to faithfully attend the monthly general membership meetings but to also attend the officers and directors meetings though he was neither. “I wanted to know what was going on,” he said. He soon was an officer, elected Outside Guard, then Chancellor, then Grand Knight. Andy is a manufacturer’s sales representative who often travels in his job. Wife Susan’s job is travel, as a flight attendant. So family life with daughter Madison requires advance scheduling, and faith life at Holy Spirit and St. Elizabeth of Hungary Catholic School is a top priority. And how’s this for symmetry: June 17, the council’s 30th anniversary date, is Andy and Susan’s 23rd wedding anniversary.