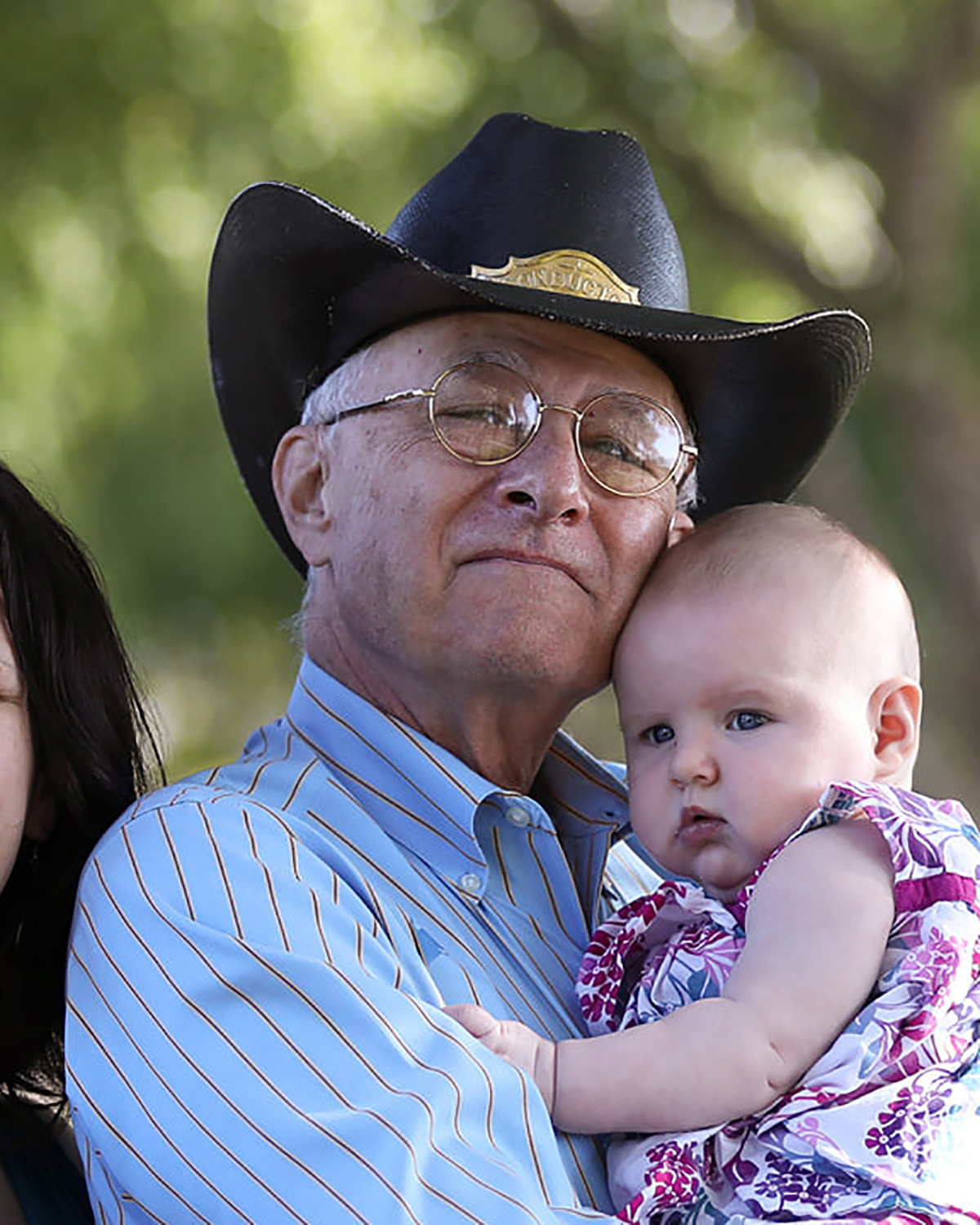 Tom can tell you the date that he joined the Knights — Nov. 13, 2007 and he took his major degree two months later. Tom and his wife Helen have been parishioners of Holy Spirit since they arrived in Texas from Omaha in 1982. Their devotion to the parish is probably best explained by the following anecdote. In 1984, Tom was unemployed for two months. After hearing the doorbell one day, he discovered on the front porch an envelope of money that unidentified parishioners left. “Holy Spirit was a haven for us in a new town and part of the country,” he said. “We found a family here.” They soon after were invited to join the choir for the 5:30 Saturday Mass and have been singing and strumming ever since.

Tom was the primary force behind the establishment of the council’s Degree Team. Tom was driven to accomplish this since taking his own first degree in November 2007. “I found the words so meaningful and inspiring,” he said. “I told myself, ‘Some day, I want to do that.’ ” This effort is an outgrowth of Tom’s duties as the council’s membership director, a position he said he accepted in conflict with his personality as a “flaming introvert.” That began a parade of trips to degree ceremonies. A few years ago, Tom was invited by Council 8417 at St. Joseph’s in Waxahachie to serve as backup Warden on its degree team. Since then, he has been instrumental in communicating with Supreme on what it would take to form a team and then he recruited the members. In June 2010, he was involved in 8157’s Knight in a Day ceremony. “I’m blessed with a wonderfully dedicated crew who have made the months of practice and preparation a real joy,” he said.

Tom and Helen each started out in Baltimore, MD, but didn’t know each other there. Each moved to Philadelphia but didn’t meet there. Each wound up in Omaha, Neb., where they finally met and were married. Tom has served as the council’s Chancellor, serves as the membership director and has headed up 8157’s first-degree team since its inception in August 2012. He was honored as the council’s Knight of the Year in July 2014 and wanted to hand the celebratory bowl around the banquet room to share with each Brother Knight present. Tom retired from the City of Duncanville as a senior code enforcement officer. Helen worked for Dr. Bill Dover, who happened to be the council’s membership director when Tom joined 8157.