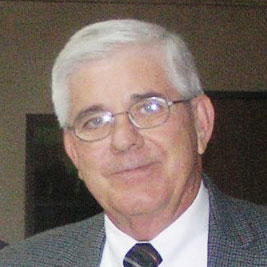 Remembering the Father of Two & the Brother to Many 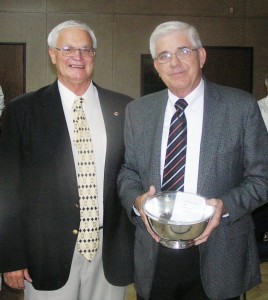 [dropcaps] D [/dropcaps] avid Briggs might not have known Pele from Picasso. But when he found himself coaching his two sons’ youth soccer teams, he didn’t leave things to chance. Son Jeff recalled, “He took time to read ‘how to’ manuals and soccer drill books to try to actually teach us the game instead of just sending us out there to kick the ball around. He went out of his way to educate himself so he could properly educate us, and it paid off.” Soon after David died last April 16, some tales of his days coaching Jeff and the Colts and brother Chris’ Duncanville Coyotes were among the remembrances of a dedicated parent, parishioner and Brother Knight. Those young Colts stayed together from the ages of 8 to 14, won three league championships and advanced to North Texas State Soccer’s Tournament of Champions (winning the event once). Jeff said playing for his father wasn’t difficult. “There were times I felt singled out just because I thought he had to let the other players know I wasn’t going to get preferential treatment,” he says, “but he wasn’t overbearing.” David’s knowledge of soccer allowed him to move on and become a respected referee, as Jim Finger noted after David’s Rosary.

Cedar Hill High didn’t have a soccer team when David was there in the mid-1960s. He was a two-time football letterman (played wingback) and ran track (won the 100-yard dash in the district meet as a senior). He also participated in FFA, the yearbook staff and drama groups. It’s no surprise that David was the boys’ winner of the senior class’ Activity Award (in a graduating class of 35, by the way). After graduating in 1966, he headed directly into the Navy during the Vietnam war. He became part of the 25th Tactical Fighter Squadron stationed at Ubon Air Force Base in Thailand near the Laotian border. His respect for his time in the Navy was displayed every couple of weeks in recent years with the Knights; at the close of a general membership meeting or an officers-and-directors meeting, David made sure the Good of the Order included our servicemen and women. After his time in the military, David worked for the Santa Fe, Southern Pacific and Union Pacific railroads from 1970 through 2008. He became a parishioner at Holy Spirit in 1986 and a Knight soon after. 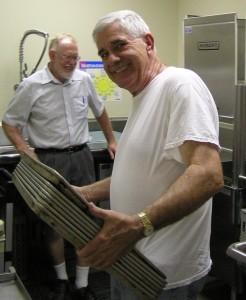 We remember David as a tireless volunteer who was especially willing to help out if something needed to be built or cooked. He was preceded in death by his sister (Rebecca), his parents (Mollie and Arnold) and son Chris. He is survived by Jeff, grandchildren Chelsea and Shelby Briggs of Rockwall and Hallie Briggs plus great-grandchildren Angel, Javoni and Annaliyah Briggs. The size of the gatherings at the Rosary, funeral service and subsequent luncheon back at Holy Spirit indicated how many people whom David touched in his life. As former long-time parishioner Margie Diersing put it, “God truly has an angel with Him.”