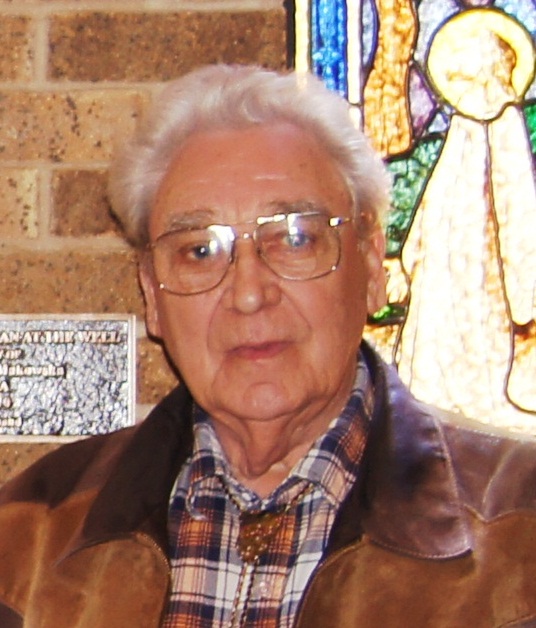 Marian Marian Lechoslaw “Les” Migala, born in Zyrardow, Poland on July 27, 1928, passed away peacefully on November 8, 2022, surrounded by his children. As a youth, he served in the Zwiazek Harcerstwa Polskiego (Polish Scouting Association) supporting the Resistance during WWII. He escaped Soviet Poland to Paris, France without papers where a cousin could confirm his identity, learned French, and attended the University of Paris-Sorbonne and the Òcole Spéciale d’Architecture. He immigrated to the United States in 1964, learned English, and began his architectural career at the Lit Brothers Department Store in Philadelphia, PA. Anne and he assisted in establishing what would become the National Shrine of Our Lady of Czestochowa in Doylestown, PA during which they met and worked with the future Pope and Saint, John Paul II.  He then began his 33-year career with the Army and Air Force Exchange Service (AAFES), moving his family to Baltimore, MD, Bangkok, Thailand, Duncanville, Texas, and Munich Germany, before returning to settle in Duncanville. Les and his family became charter members of Holy Spirit Catholic Church, where he assisted in the architectural design of the new church. He remained active in the Holy Spirit community throughout his life, as an Usher, a Cursillisto, and a 4th Degree Knight of Columbus. He bravely and with unflinching humor fought the disease that ultimately claimed his life, spending the last years traveling with his children to places he had never had a chance to visit and returning to those most important to him. His children took him to Tahiti to visit his niece, to visit Rome, the Holy Land, and Fatima, Portugal. Six years ago, they took him to visit the Parthenon in Athens, Greece-a lifelong dream and the foundation of his architectural studies-and to Zyrardow, to introduce his family to his ancestral home. “Les,” as he was known during his professional career, was blessed to have lived a full life and the legacy of his devotion to his family will always be evident through their faith and accomplishments. By way of example, the influence of his bravery, sense of humor, spirit of adventure, and character of goodwill lives on in his five children – Therese, Witold, Henri, Arthur, and Alexander.  For sure, the Knights of Columbus will always have fond memories our Les.  Rest in Peace old friend.