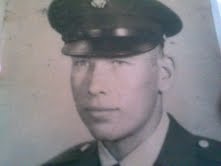 Mary Kay Whitacre said “I am most proud of how Jack served his country, how together we always lived our wedding vows and proud of him for just being him”.  Those were mild words for a decorated war hero, a member of the Cherokee Nation and father of two children.  Jack Whitacre was born in Los Angeles California on September 18, 1948 and moved to Amarillo Texas when he was 3 months old.  Jack entered the military service in 1966 and served three consecutive tours in Viet Nam during which time, as a Medic,  he was credited and decorated for saving the life of General Westmoreland by carrying him out of a mine field after the Generals’ helicopter was downed.  Jack was also wounded during his tours.  He remained in the National Guard, after he was separated from active duty in 1969, until 1983.  While in Viet Nam he was engaged to Mary Kay, whom he married in 1969 and then moved to Dallas.  Jack, being an ever practical joker, used his military cigarette lighter as an engagement promise.  Jack and Mary Kay worked and moved a number of times in the Dallas Metroplex including Duncanville, Little Elm, Grand Prairie, Garland, Mesquite, and Glen Heights.  Daughter, Angel, was born in 1973 and son, Janoah, was born in 1977.

Jack’s expertise was computer technology which served the family well during his time at Reserve Life Insurance and as computer engineer at SMU and MCI World Com until he suffered a heart attack in 1999 and was unable to return to work.  Jack was always a motorcycle rider and Mary Kay recalls the time he and his buddies rode to Oklahoma and Jack ran into a bull.  No one was injured from that accident; but the aftermath of Jack’s 2004 motorcycle accident landed him in a wheelchair.  Jack Lester Whitacre “POPPY” passed away on Saturday, February 02, 2013 at the age of 64.  He was a citizen of the Cherokee Nation and was named Eagle Eyes because of how well he watched over his children.  He never faltered in his love and adoration for anyone he considered family which was everyone.  He raised and guided many children during some of the worst times of their lives.  Mary Kay recalled the time he came home to find the living room filled with troubled kids and one of them was in his driveway parking spot.  His outlook on life and ability to fight anything that life threw at him was remarkable and should be an inspiration to all of us.  His strength will continue on through his grandchildren:  Logan and Lorelai.