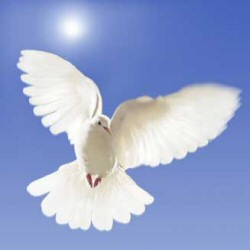 Dad was Dr. Salvatore J. Greco to his business associates, but “Sam” to his family and friends.

He was born in Richmond, CA on January 25, 1921, the son of Giuseppe (“Joseph”) and Biagia (“Bessie”) Greco.  This was not long after my Grandma arrived in America from Trabia, Sicily in 1920.  Joseph had been in America for ten years working as s shoemaker to earn enough money to bring his family to “the New World”.  Not long after Dad’s birth, the family moved to Monessen, PA, a steel mill town about 30 miles south of Pittsburgh.  Joseph died in 1925, leaving Grandma Bessie and four children in dire financial straits.  (He shoulda been a Knight, eh??)

Though raised Catholic, Dad went to public grade and high school in Monessen, earning a scholarship to Duquesne University in Pittsburgh, where he earned a B.S. degree in Pharmacy and met by Mom, the former Betty Hicks from Pittsburgh.  Dad attributed his interest in pharmacy to a cousin who owned a drugstore in Pittsburgh.  Dad lived above the store while going to school.

He served in the Army during World War II. In typical army fashion he was told he’d be assigned to the Medical Corps but found himself a corporal in the infantry in Germany.  His discharge papers cited over 18 months combat duty, but he  was always reluctant to describe what that involved.

Returning from the army Dad continued his education at the University of Maryland in Baltimore (that’s where I came in!), earning his doctorate in 1948.  His first teaching job was at Temple University in Philadelphia, and a year later he took a teaching position at George Washington University in Washington, D.C.

Just today we were looking through pictures and newspaper clippings, one of which made apparent that he had attracted the attention of a former dean of pharmacy at Duquesne, who brought him to Creighton University In Omaha as assistant dean.  With the passing of the dean, Dad became Dean of Pharmacy at age 39, a position he held for ten years, returning to a full professorship in 1970.   He was given the title Dean Emeritus.

Dad and Mom raised six children: me, my sisters Jan, Amy, Sheryl and Marianne and my brother Bob.  They had 15 grandchildren, including our daughter Katherine (Kat), and a ton of great grandchildren.

Before I left home I saw Dad as a fairly strict disciplinarian who hated that his son wanted to “go railroading” (he would growl “I rode boxcars in the army”!), but who would grudgingly give in and let me ride all over the country on my own as a teenager.  He stopped complaining about my love of the railroad when I showed him my first paycheck from the Missouri Pacific R.R. in 1971!

As often happens, our relationship mellowed after I left home, and during the past 20 years I drew close to Dad as a warm friend and advisor.  At nearly 70 years of age I was fortunate to have Dad’s blessing on my plans to retire.  “You’ve earned it”, he said. “Go ahead and retire”.    It became clear that Dad was ineffably kind and generous, while living almost painfully frugally himself.  Dad had all of his mental facilities until the end; we had a great talk on Christmas, five days before his untimely passing just 26 days short of his 98th birthday.  He drove his car right and lived independently right up to the end too, succumbing over a 48-hour period to congestive heart failure.

Dad deeply loved My Beautiful Helen, and, as a career educator, was proud of Katherine’s educational experience and her work for the University of California in Berkeley as well as my work in culinary school.  He was loved by several generations of Creighton pharmacy students, and was intent on giving young students the same breaks that made him one of those American success stories people love to hear (although I’m a bit biased).  And needless to say, he was worshipped and deeply loved by his children, grandchildren and great-grandchildren.

He is survived by Mom and all of his children, grandchildren and great grandchildren, and it was his wish that any memorials be made to the Dean Salvatore J. Greco Scholarship fund at Creighton University in Omaha.

I love you Dad!