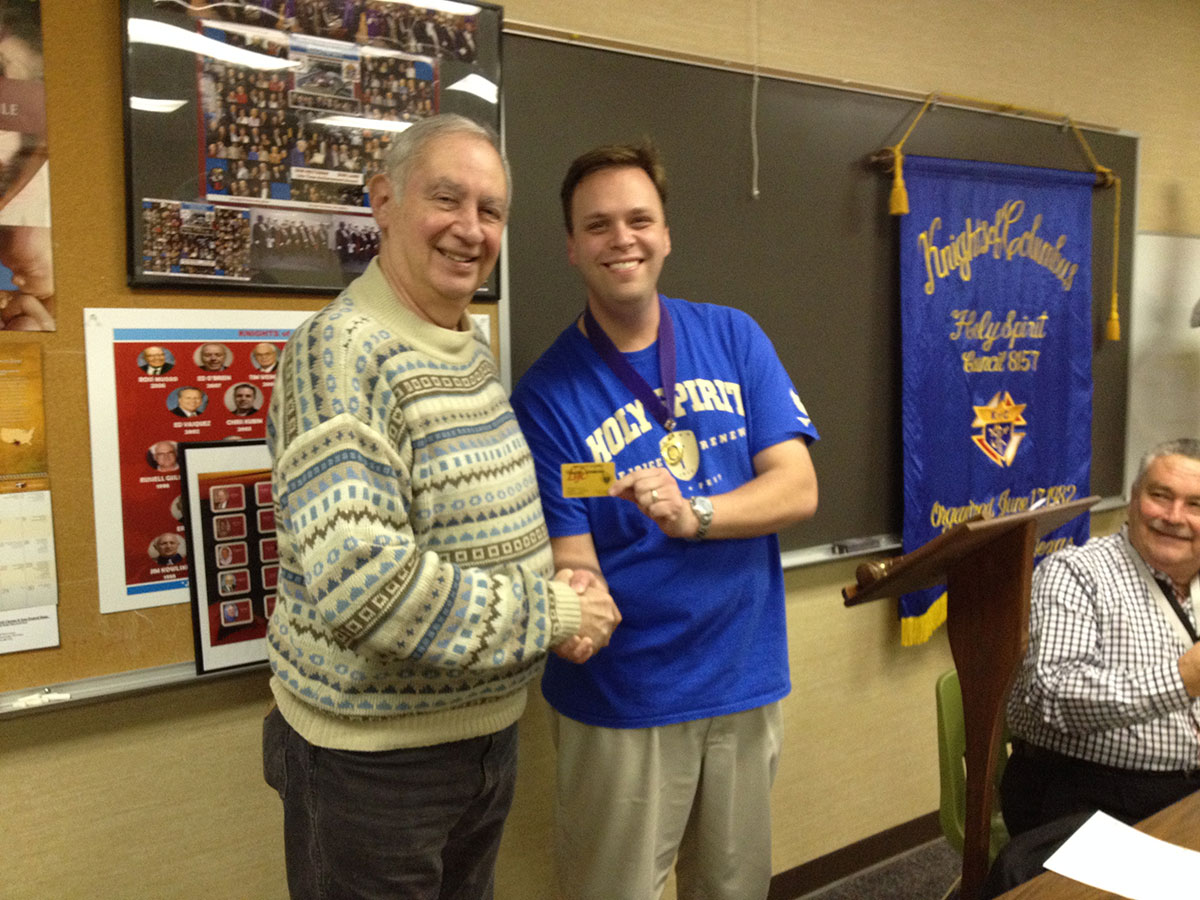 It is my sad duty to inform you that after surviving a long battle with COVID-19 and over two months hospitalization our brother Sir Knight Ernie Coy passed away yesterday as his heart gave out. SK Ernie Coy was just a month away from his 82nd birthday. His wife Claudia has been by his side keeping him company but when both their houses in Duncanville and in Weatherford flooded from broken frozen pipes during the past winter freeze, she was taken in by Patty and Dan Murphy.

Sir Knight Ernie Coy joined the Knights in October 1988 and became a Fourth Degree member of Assembly 2799 in September 1996. He made a career as a Civil Servant working with AAFES in Dallas after being transferred from San Antonio where he was born on April 25, 1939. After his retirement he joined the Dallas County Sheriff’s Department and retired again 5 years later. Ernie served as our council’s Grand Knight from 1992-1993 and afterwards served as our Financial Secretary for many years. Ernie lived a full life and is survived by his wife of 20 years, 5 of his 6 children, 23 grandchildren and 30 great grandchildren.

Please keep his wife Claudia, and their family in your thoughts and prayers during this most difficult time.

Funeral arrangements have been published in our calendar. A Rosary is scheduled for Sunday night, March 21, and the Funeral Mass will take place at Holy Spirit the next day on Monday at 11 AM. The Interment will take place in Weatherford following the mass at 3 PM.