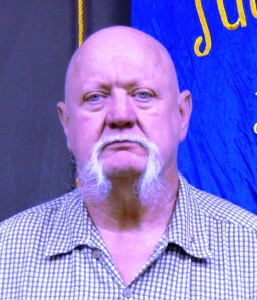 Here’s a checklist for James Smith: two knee replacements, one hip replacement and one big ol’ heart that’s often on display given his boundless enthusiasm and energy to provide for our council and all of Holy Spirit parish. James joined the council in 2013, took his major degrees a year later and recently added membership in the Fourth Degree. He’s a member of our baseball committee, serving as the purchasing agent. During the recent Lenten fish fries, he was a regular out back breading the filets. Speaking of fish, James and wife Judy have been married since 1981 after meeting on a fishing boat. They have five children between them, 13 grandchildren, two great grandkids and two more on the way. They serve together on the parish’s social committee, which we most frequently see in action hosting funeral luncheons. The Smiths also attend the weekly Little Rock scripture study. James grew up in Wise County and graduated in a class of five. He’s a retired phlebotomist – someone who draws blood. Another object of his devotion is the Texas Rangers, even when they’re playing those late-night division games on the West Coast.