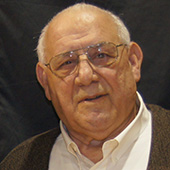 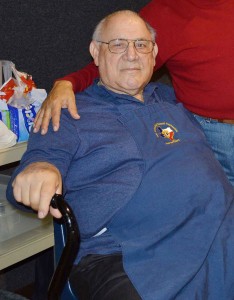 Never doubt Art’s devotion to the Knights of Columbus, which he joined in 1974. “The Knights of Columbus are very important to me because of the work that we do around the world and in the community,” Art said. “Like the military, we’re a band of brothers.” And he knows the military, too, having worked with the Air Force (1952-56) and the Army (1958-77) as a helicopter and airplane mechanic. It was the Air Force that sent the native New Yorker to Carswell Air Force Base in 1955, and he has been in North Texas ever since. He retired as a sergeant E-7 and decided he liked it around here. Art has lived in Arlington since 2001 and has been a Holy Spirit parishioner (and a member of our council) since 2005. He doesn’t get to as many council functions as he used to because of his health, but he remains a vibrant member who is generous in multiple ways. He has been our Warden, was a “charter member” of 8157’s degree team, has long been involved in the council’s youth activities and is also a Fourth Degree member. He and Maureen White (a New Jersey native) have transplanted their love of baseball to the Texas Rangers; Maureen has worked as a ticket-taker at Globe Life Park’s home plate gate for years.