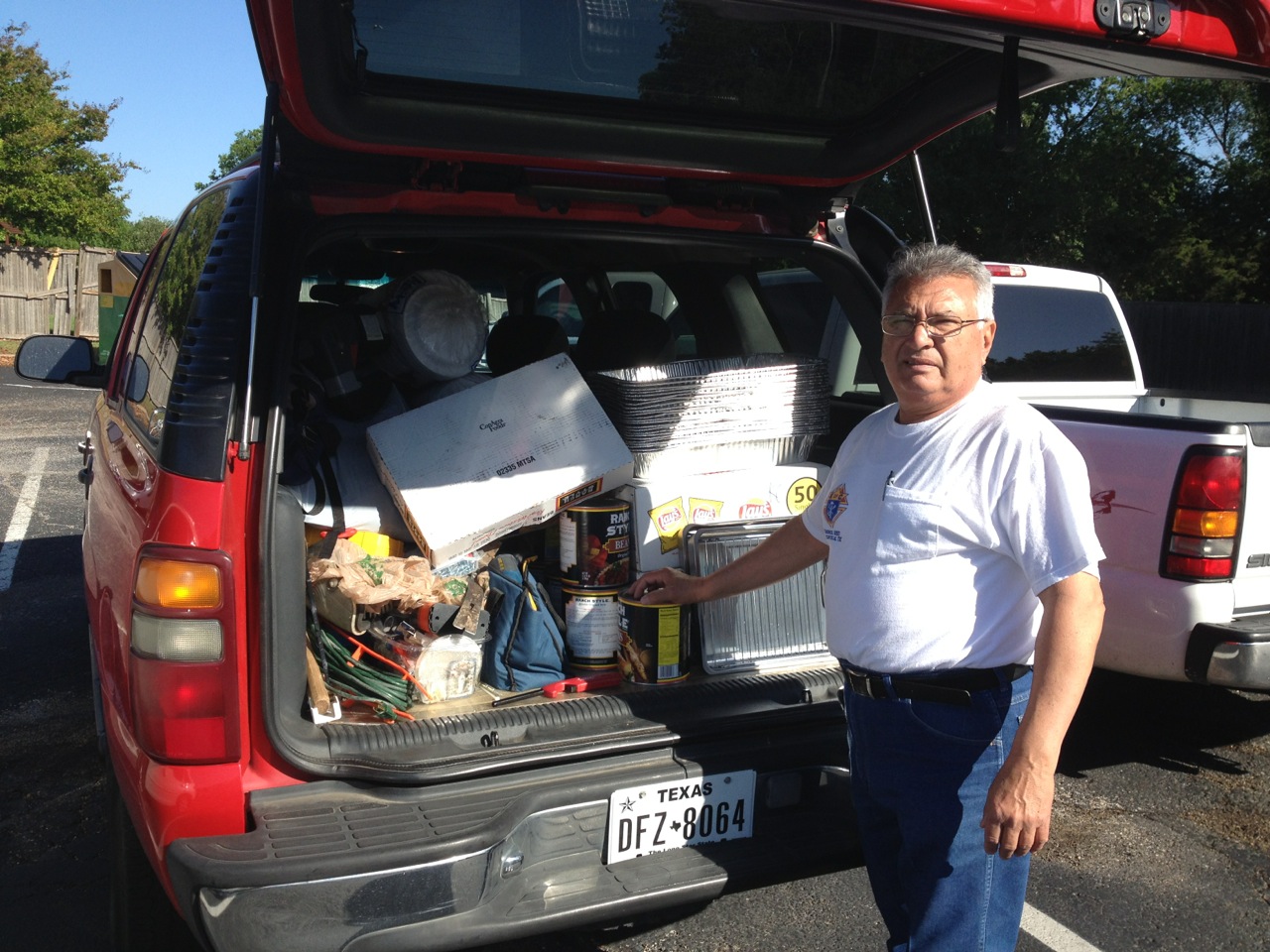 Well before most of the estimated 1,100 Holy Spirit parishioners were on site for the parish’s 40th anniversary Mass and picnic on June 8, Frank and his cooking mitts were hovering over the council grill. “This is what it’s all about,” he said as a handful of brother Knights started cooking hundreds of hot dogs and hamburgers hours before every person who attended the outdoor Mass was provided a free picnic lunch. Frank’s two years as Grand Knight are almost over. He says serving fellow parishioners and also those like seminarians, nursing home residents and patients at the V.A. hospital have been a big part of these past two years. Frank  joined the council in 2008 and quickly assumed an officer’s role. He and wife Lourdes are both from Cuba, met in Dallas in 1971 and moved to our area in 1975. Frank’s final days as Grand Knight will keep him busy in the concession stand at the youth baseball World Series hosted by the Cedar Hill Baseball Association.