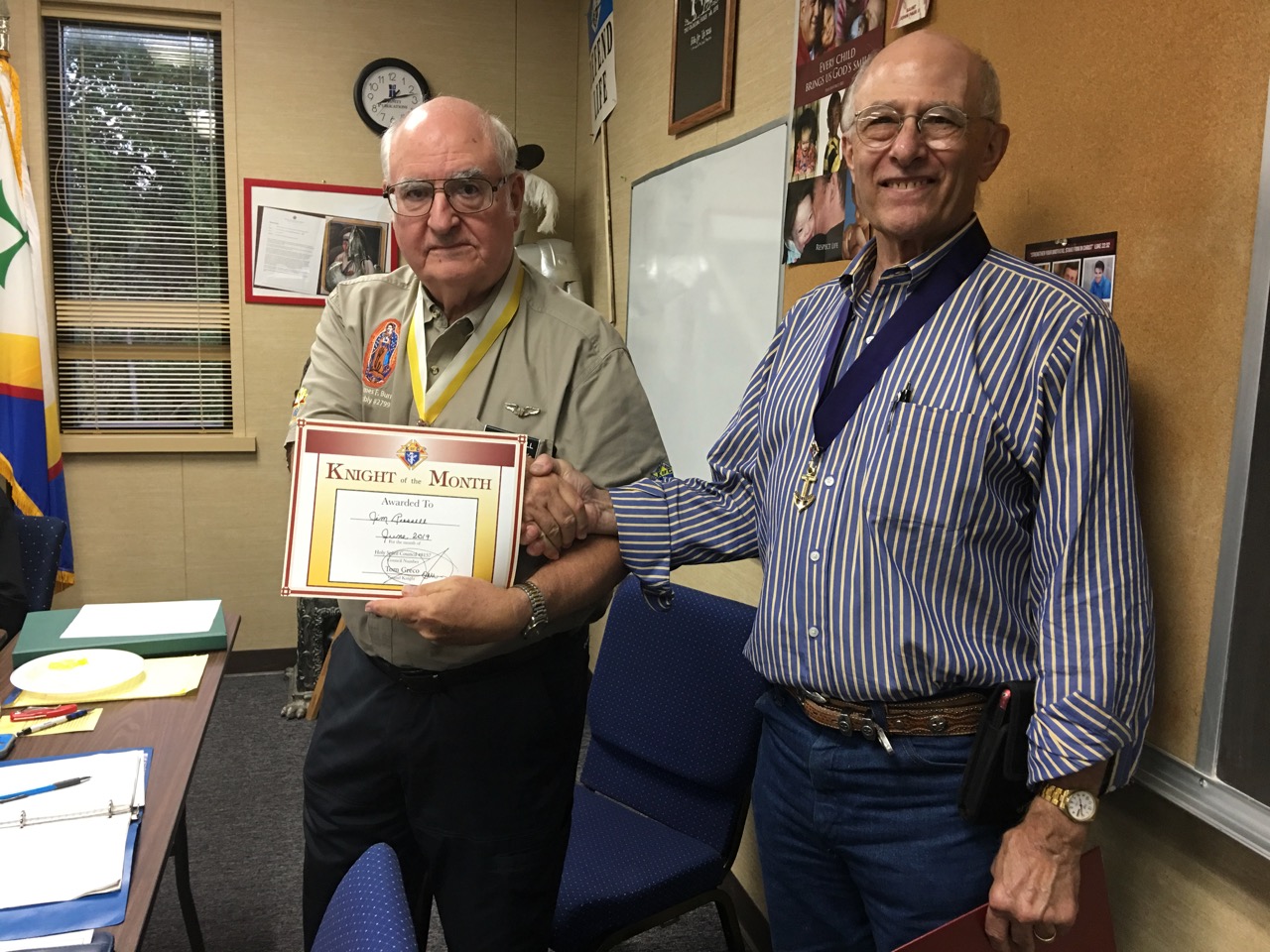 Jim has just about reached the figurative halftime of a challenging KC assignment – serving as a council officer and as the ultimate assembly officer. He’s one fraternal year into being the Faithful Navigator for Assembly 2799 and finishing up one year as Council 8157’s recording secretary. He’s turning in the latter given what’s ahead for him in 2019-20 with the former. Jim joined our council in February 2012 (initially asked by Andy Goza while helping with rummage sale preparations), took his major degrees four months later and joined the Fourth Degree in September 2013. Before becoming the recorder, he spent five years as our lecturer. “I feel that is an honor and a privilege to serve in any KC office when chosen by my fellow brothers Knights,” Jim said. He is originally from upstate New York, spent four years in the U.S. Army and came south to earn a marketing degree from Oklahoma State. That’s where he met Mary, and they were married in 1966. The Russells have been mainstays of Holy Spirit’s music ministry for decades. Jim retired in 2011 after a career spent with Northrup Grumman and Raytheon. They have lived in Cedar Hill since 1972 and first attended Holy Spirit one week after the parish was founded in 1974. They must like it here.