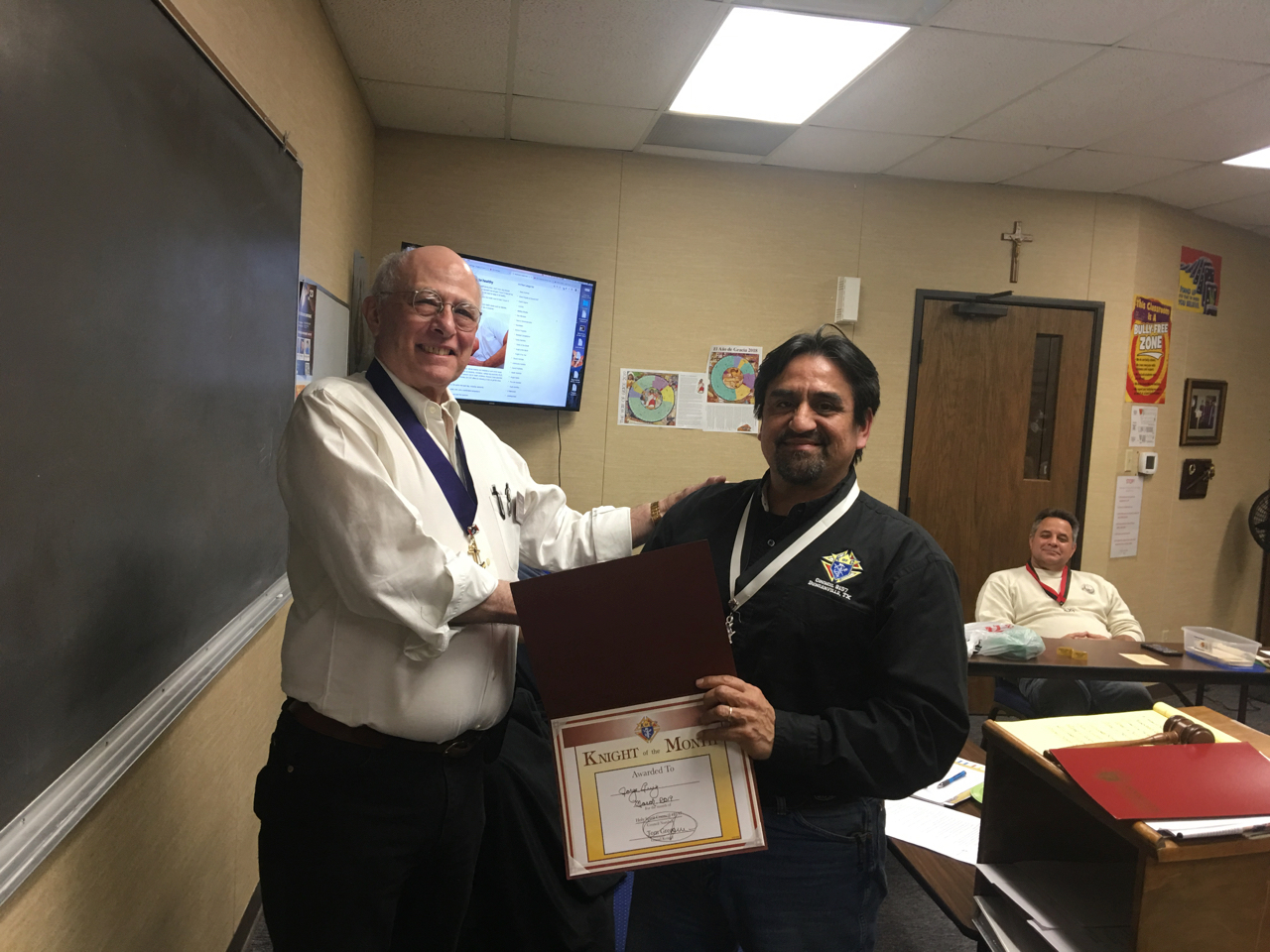 You might not know that Jorge often wore a cycling helmet years ago. He was a serious rider, traversing hundreds of miles on weekends. These days, we know him as a brother Knight who gladly wears many hats – Chancellor, director of our awareness committee, overseeing the council’s safe environment program and disaster preparedness. No wonder he was honored as 8157’s Knight of the Year last summer. Jorge joined the council in July 2012, took his major degrees the following May and later added membership in the Fourth Degree. Jorge is a native of Ecuador. He and wife Kathie will celebrate their 41st anniversary in April. They were married in New York, where Jorge attended the New York School of Printing, made their way to Texas in 1981 and live in Duncanville. They have three grown children. Jorge operates his own graphic design business and oversees the diocesan website.