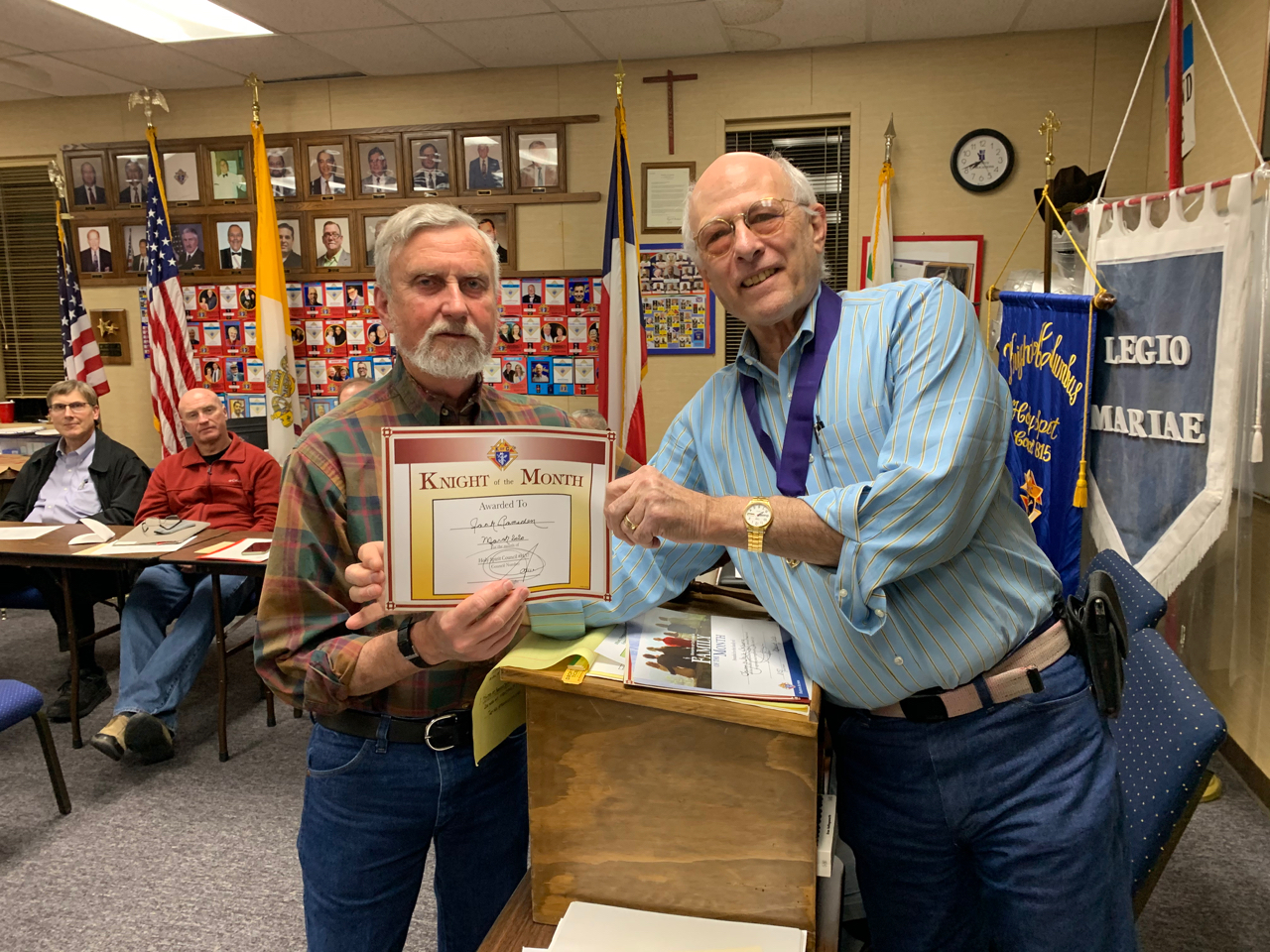 Jack was one of dozens of Holy Spirit men over the years who were somewhat “convinced” by Andy Goza to join Council 8157. And Jack honestly wondered if joining would be a waste of time. “I was so-o-o-o-o wrong,” Jack says. “It’s been a blast.” And we’ve likewise enjoyed and benefited from his presence. Obviously – he was selected last summer as our Knight of the Year. Jack had recently retired following 24 years running his on machine shop when he took his first degree in September 2012. The major degrees followed the following May. Jack and Juanita came through Holy Spirit’s RCIA program in 2009 and have been collectively involved in multiple parish ministries ever since. They live in Duncanville and have four children and seven grandchildren. Jack is a staple of the council’s Knight Hands work force and is usually among the first to arrive for activities such as fish fries and pancake breakfasts.