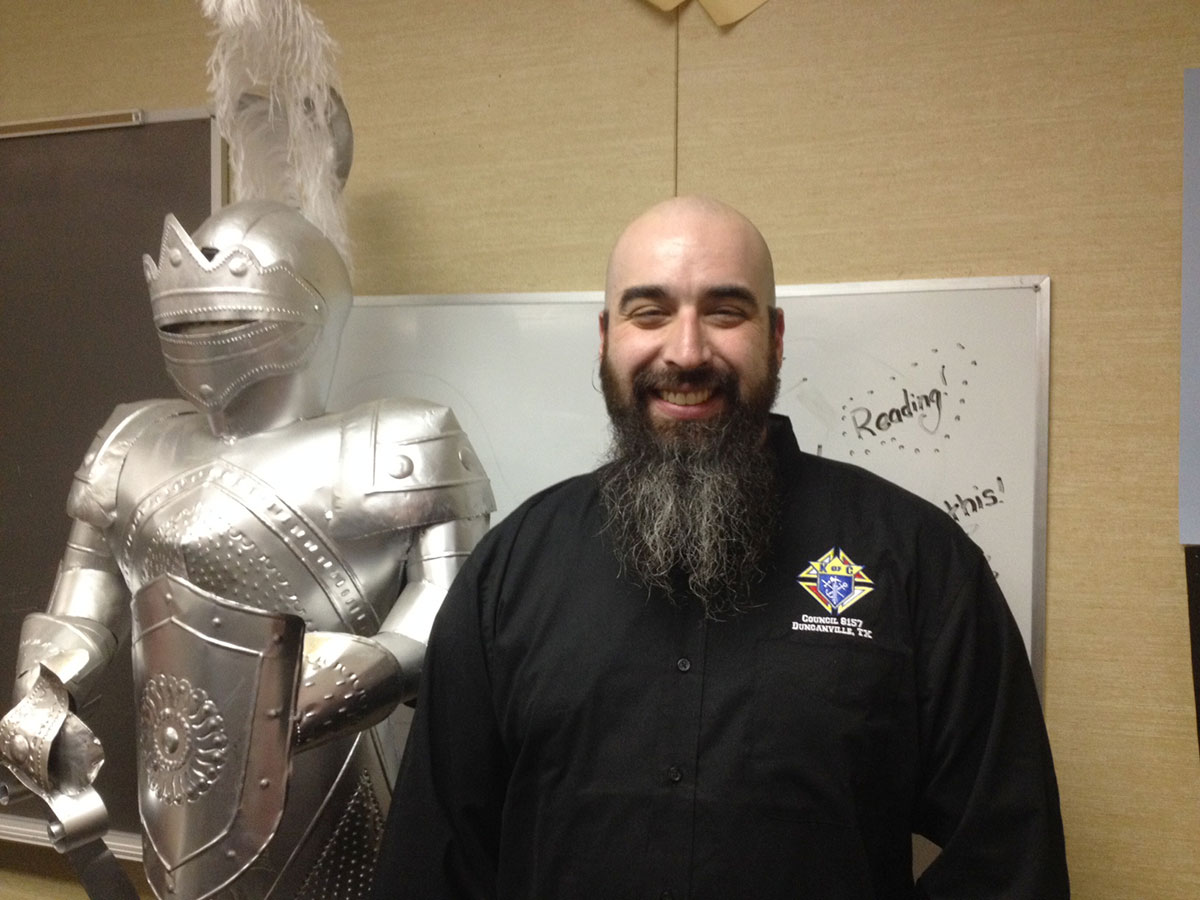 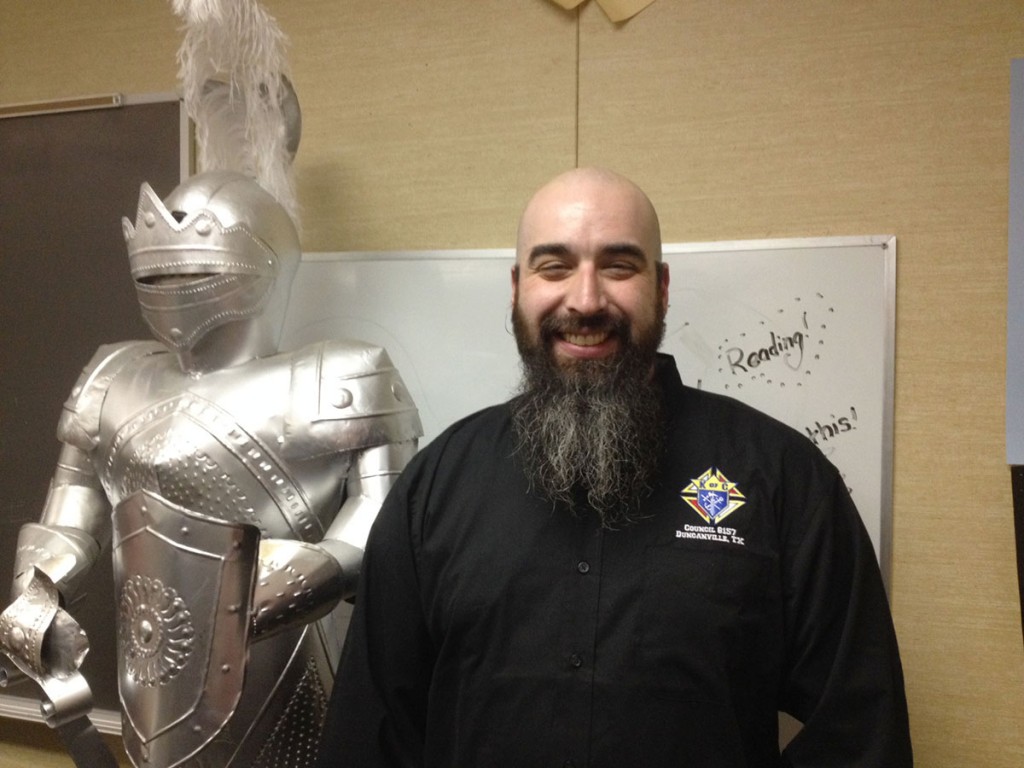 Six years after joining the order, Mike Luna ascended to the Fourth Degree last fall. He refers to it as “a sense of accomplishment.” He considers himself a particularly patriotic person and was particularly pleased to reach that goal. Even if it meant wearing a tux. Mike and his father, Roberto, became First Degrees in November 2009. Mike said he’d thought about joining for some time but finally jumped in soon after his father was approached by Tom Greco. Mike took his Major Degrees in February 2014 at Holy Spirit and grew up in the parish. He and wife Trendi live in Duncanville with their 13-year-old daughter, Sophia, who’s finishing up at Mount St. Michael’s School in Oak Cliff and headed to high school. And the Lunas are expecting their second child in September. Mike has worked for eight years at Antech Diagnostics, where he’s a supervisor involved in blood analysis for veterinarians – usually working from midnight to 8 or 9 in the morning. (Remember that before you phone him.) Trendi is an occupational therapy assistant in the home health industry. Many of us also know Mike is an avid motorcycle rider and involved in the order’s “Knights on Bikes” group. He notes it’s a group with no formal entry; just ride up and get involved if you’d like.