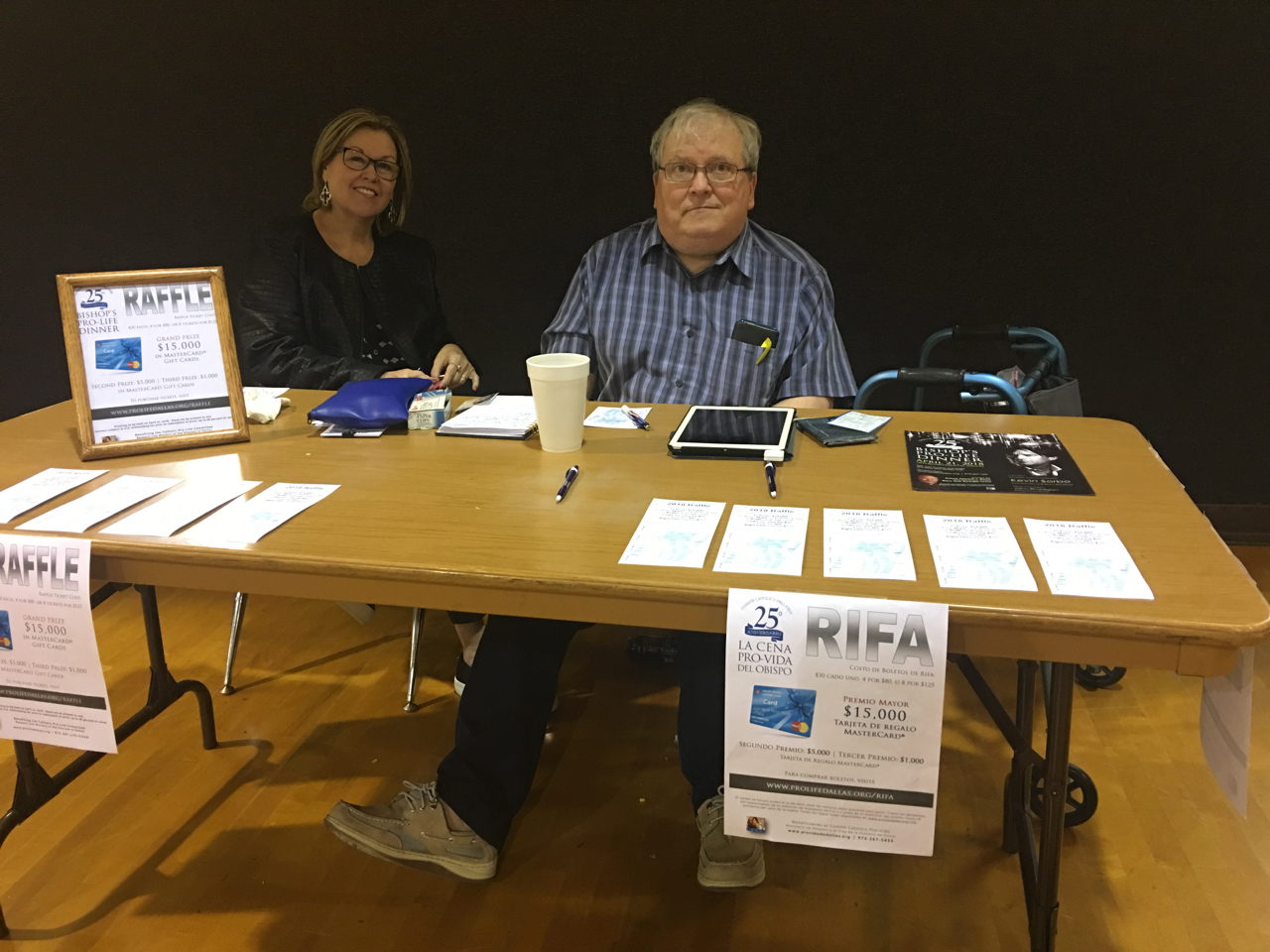 Alex is scheduled to make a training video for selling raffle tickets to the annual Bishop’s Pro-Life Dinner that might include: “I sold the grand-prize winner! This year it could be you!”

Alex’s devotion to the pro-life movement came out of a visit years ago to the abortion clinic on Record Crossing in Dallas. “For $285, you could get an abortion,” he said. “To this day, it saddens me that for $285 you could end a life.”

Alex was born in West Virginia two months premature at 4 pounds, 13 ounces: “My mother was told all through her pregnancy I would not walk, talk or learn.” Alex first walked at age 4. “God blessed me with almost an endless supply of relentless determination,” he said.

Hence, he’s done about $30,000 of raffle-ticket sales over eight years, including the $10,000 big winner this winter to one of his Duncanville neighbors, a “repeat customer.”

After graduating from high school in Youngstown, Ohio, Alex earned an accounting degree from his hometown university, and he followed an older sister to Dallas-Fort Worth in summer 1978 to escape Ohio winters. Alex and wife Therese met in 1980 at a Catholic singles function in north Dallas, were married in 1982 and moved to Duncanville. They have two grown children and three grandchildren. He got his CPA license after earning a master’s from UTA and retired in 2013 following 26 years with the IRS. Soon after, he joined Council 8157 in March 2014 and took his major degrees the following March.