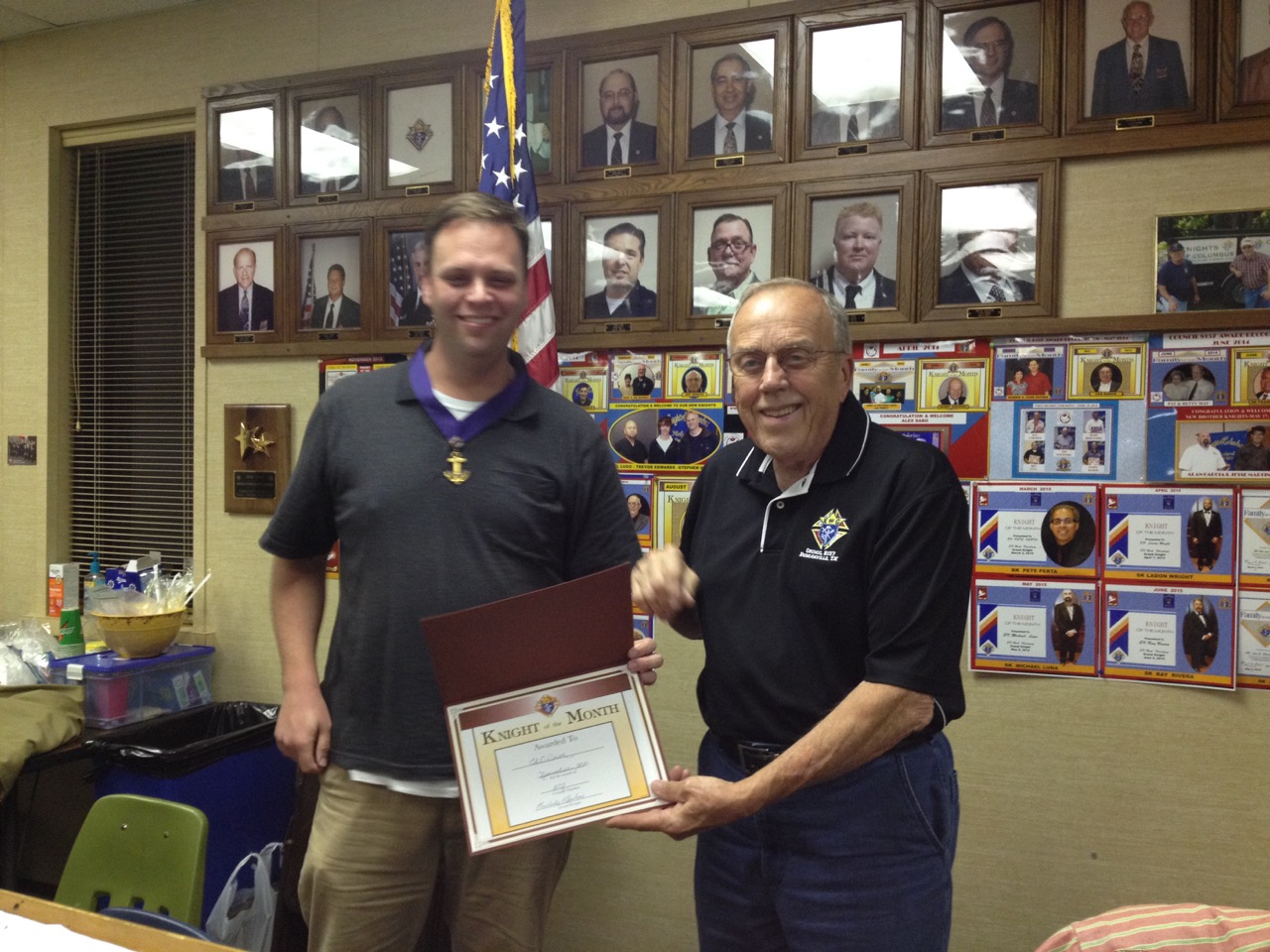 Ed is one of many past Grand Knights of 8157 who continue to be active in council activities. Before you know it, it will time for Lenten fish fries and Ed will be taking his shopping list to stock up each week. He has previously filled a similar role in advance of parish breakfasts and frequently helped at the council’s youth baseball concession stands in Cedar Hill. Ed joined our council in 2000 – strong armed by members like Ron Suriano and Jesse Gonzalez – and was soon knee deep in council business. He served as our Grand Knight during the 2004-05 and ’05-06 fraternal years. Ed is from upstate New York. He and wife Betty moved to the Dallas area in 1978 after he heard it was a fertile space in which to start a new business; he began an industrial uniform cleaning service. They’re active not only in other parish ministries but in other community volunteer organizations. The O’Briens have five children, eight grandchildren and one great-grandchild.

By: Jeff Miller|Family Activities, Knight of the Month, News & Announcements