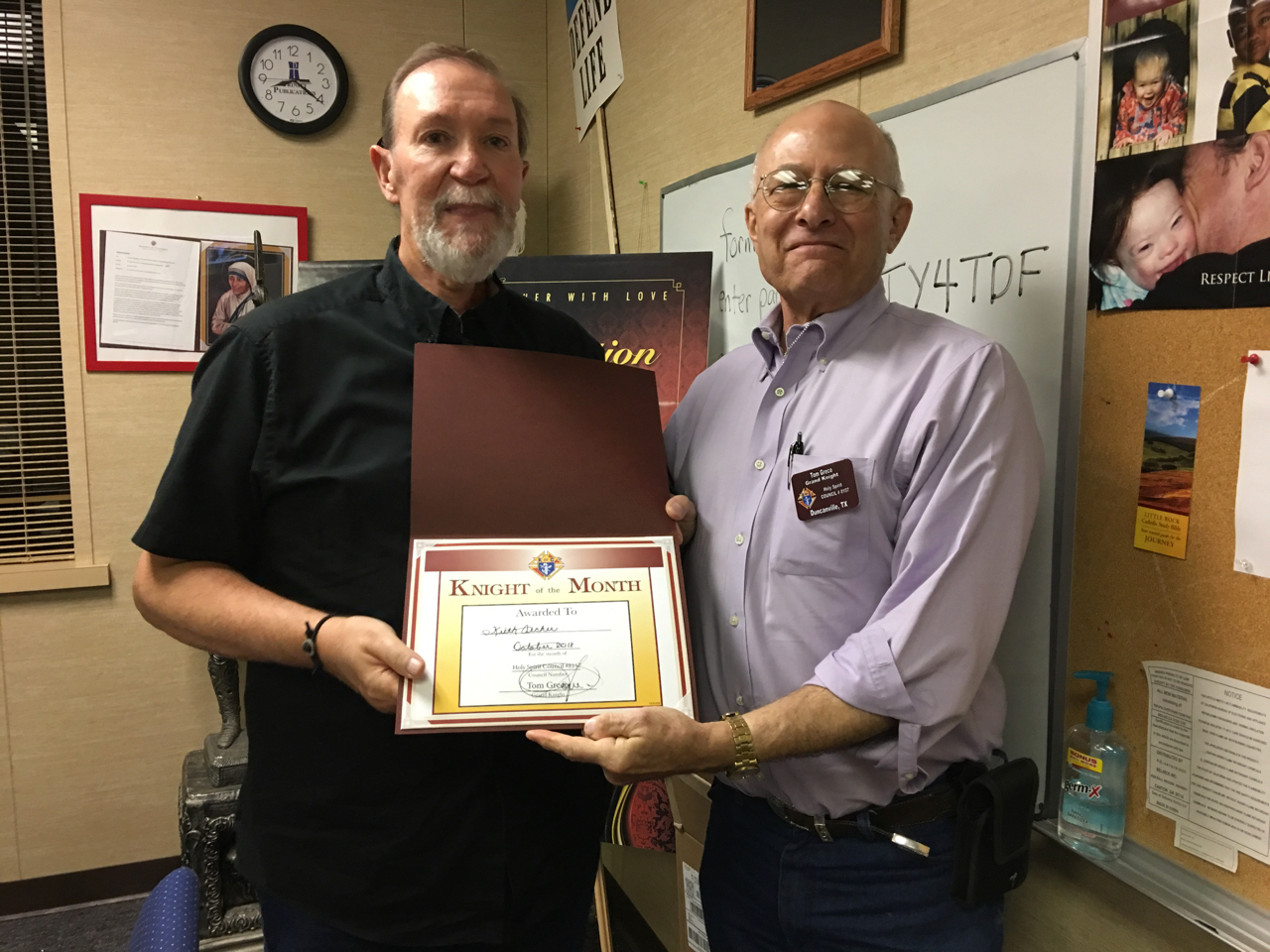 Definition of a Knights of Columbus fast track: Keith joined our council in May, took his major degrees shortly thereafter, became an 8157 director in July (membership) and joined the Fourth Degree in September. He’s also active in other parish and diocesan endeavors. “I try to give back as much as I can,” says a man who sees God and Jesus Christ as being instrumental in him being a four-time cancer survivor. Keith is a project manager for Weldon Tools and is originally from Oklahoma City. He and wife Mary have been married 29 years, their wedding taking place soon after they met during a singles activity at Holy Spirit (playing volleyball). They displayed teamwork multiple times this summer helping at our Valley Ridge baseball concession stand, including during the World Series. Mary works for AT&T in downtown Dallas.