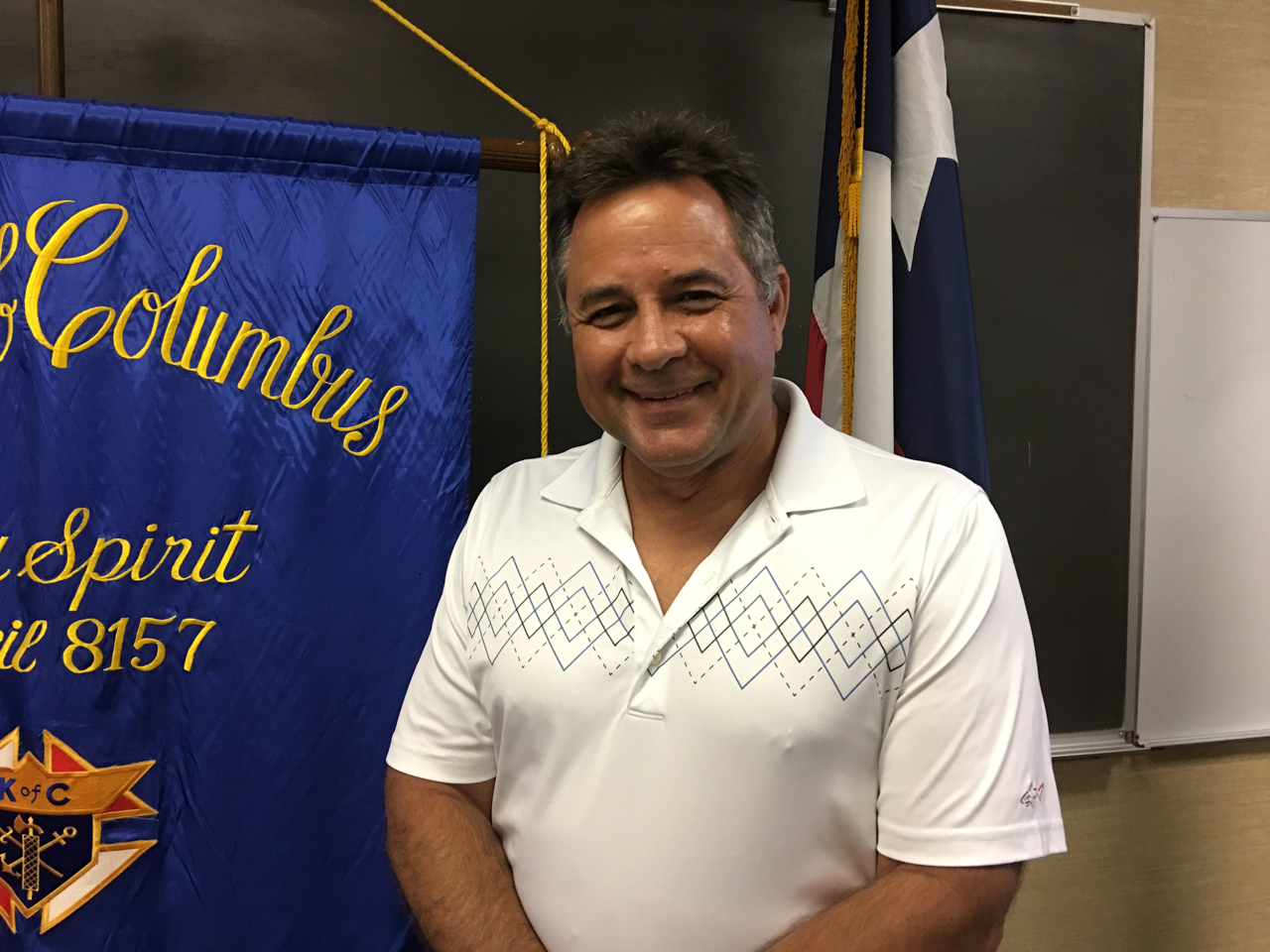 So there were Doug and Paul Ryan – a retired Lieutenant Colonel in the U.S. Army and a retired Colonel in the U.S. Marines, respectively – holding down the fort by themselves, the fort in this instance being the council’s Valley Ridge football concession stand for the day’s final shift. “It took me back,” Doug said. Our concessions director, Allen Reitmeier, appreciatively noted that the stand passed inspection. Doug has long devoted his life to service, including 28 years in the military before his retirement in 2009. His vocational service now is serving as assistant director of the Dallas-Fort Worth National Cemetery. He continued to serve when he joined the Knights in 2014 in Lake Worth, Fla. Doug and his family moved to Cedar Hill in July 2018, and he transferred into 8157 soon after. He’s now our Warden and, since the relocation to Texas, became a member of the Fourth Degree. Doug and wife Diana have been married for six years. He has two older daughters (Crystal 27, Bryce 19), a stepson (Xavier 15) and they have a son (D.J. 6).