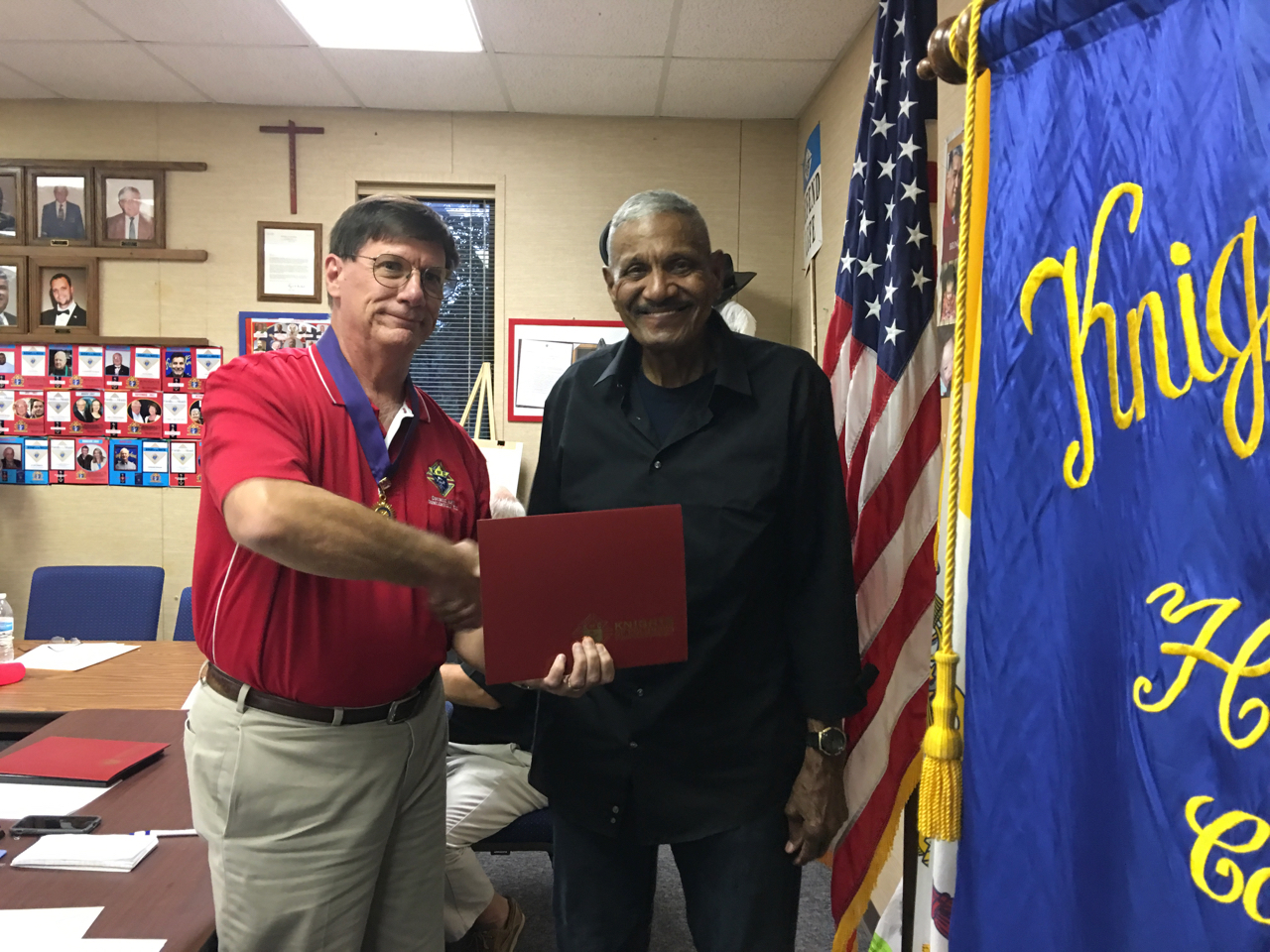 Wendell joined our council in May, became the retention director in July and is scheduled to join the Fourth Degree later in September. He was recruited to the Knights at an ACTS retreat by an 8157 member (Tony Gonzalez) and has, in turn, recruited an attendee of that same retreat. Wendell quickly learned the ins and outs of our Valley Ridge baseball stand and has recently also become acquainted with our football stand. Wendell’s Catholic faith has long been important to him, going back to attending St. Augustine High in his native New Orleans and spending four months in a seminary in Mississippi. Wendell and Connie, his wife of 34 years, left New Orleans following Hurricane Katrina and chose to relocate in DeSoto because she has family in the area. They have three grown children and six grandchildren. Wendell went straight from high school to the Marine Corps in 1966 and did two tours in Vietnam. He then spent 1985-2006 in the Coast Guard and has since been retired.