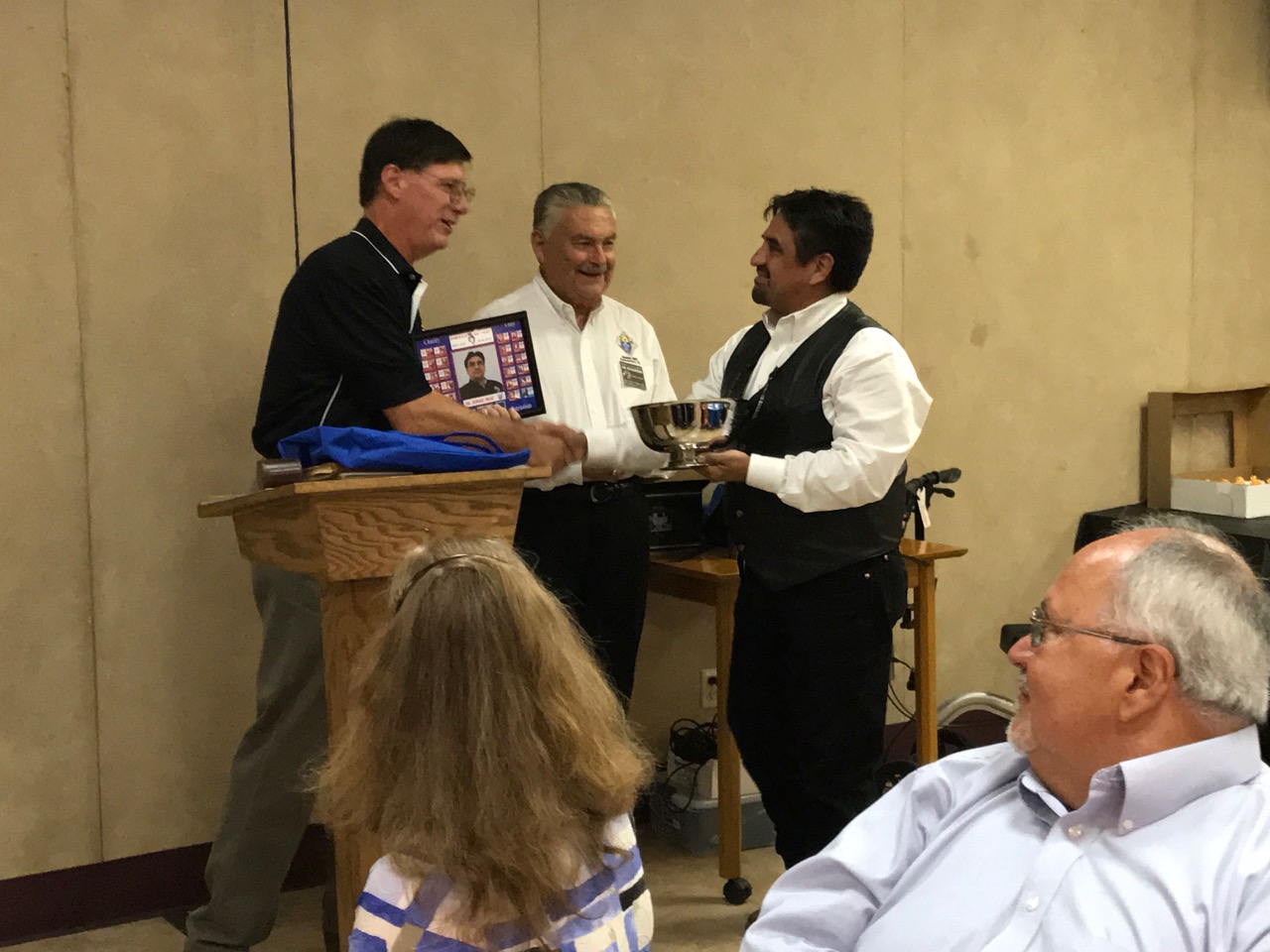 The annual installation of officers for the order’s fraternal year, which begins July 1, and our council’s awards dinner was held in Holy Spirit’s dining room on Saturday, July 8, following the quarterly Corporate Communion Mass at the Saturday 5:30 Mass. The evening’s events culminated with the announcement of SK Jorge Ruiz as the 31st Knight of the Year for Council 8157.

Jorge, accompanied by wife Kathie and two of their sons, graciously accepted the award. He recalled the appreciation that he felt back when SK Tom Greco and SK Andy Goza went out of their way to take him to a First Degree ceremony in Irving back in July 2012. Jorge took his Major Degree less than a year and followed that with entry into the Fourth Degree.

It didn’t take Jorge long into his KC membership to exhibit a willingness — make that a zeal — for pitching in on council activities. He used his acumen in digital communications to start the council website, separate from the format that most councils use under the umbrella of Supreme’s website. He likewise joined our communications committee and inherited the directorship from Allen Reitmeier.

You name a council event, and Jorge has probably rolled up his sleeves and helped. Breakfasts. Dinners. Our youth baseball concession stands. Knight Hands projects.

Mike Fitzgerald vacated the position of Treasurer that he held since 2000. (We had to look that up because it was so long ago that Mike couldn’t recall.) Mike and wife Susan were recognized at the dinner and given a gift card by the Grand Knight.

Knights and their guests were treated to fajitas made from scratch, rice and beans, drinks and desserts. Jim Stavinoha, James Smith and Andy Goza were the primary contributors to the dinner effort, which began days before and resumed that Saturday early in the morning.