Divine Mercy, Repentance and the Problem of Sin 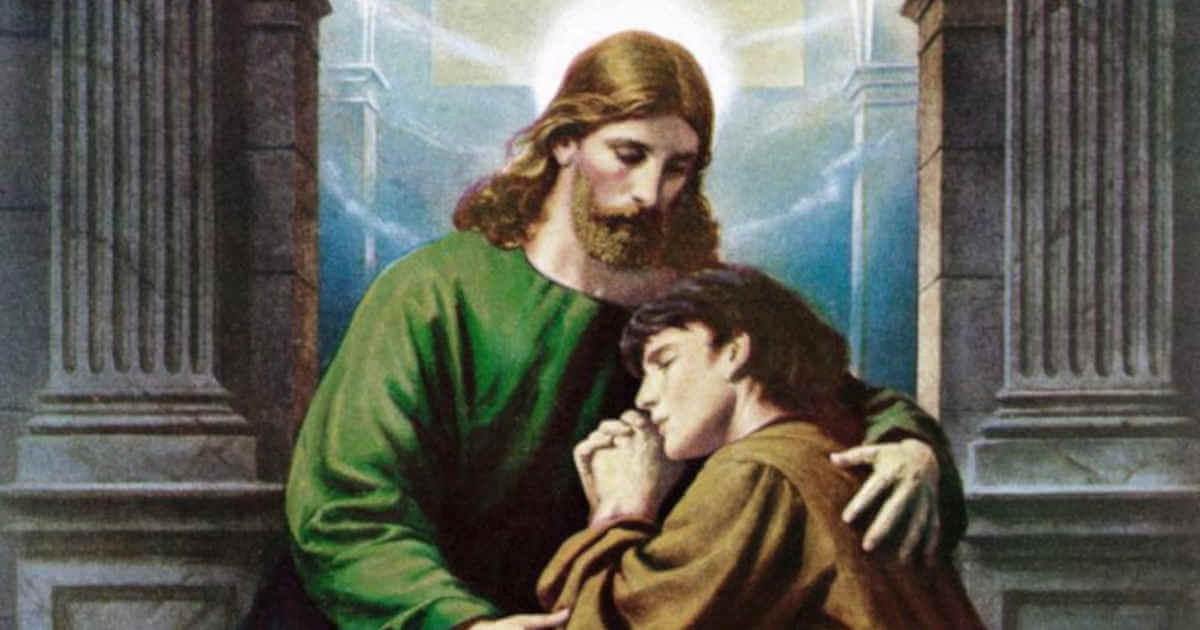 Jesus defeated the powers of evil and sin not by killing people but by dying for them. The objects of God’s triumph are spiritual entities and the weapons He used are spiritual; not physically lethal.

“Put on the armor of God so that you can take your stand against the devil’s schemes.  For our struggle is not against flesh and blood, but against the powers of this dark world and against the rulers and the spiritual forces of evil in the heavenly realms.”  (Ephesians 6:11-12)

Jesus used (and uses) divine spiritual weapons to demolish evil spiritual strongholds.  The cosmic struggle between good and evil finds ultimate fulfillment in the person of our Lord and Savior Jesus Christ.  Our task today is to communicate the truth of the Gospels in ways that are meaningful and relevant to those of us who live in the present time and in light of the main contours of present-day spiritual conflicts.  Some of the issues we will try to answer, in brief, include how do we define today’s struggles against evil in grateful understanding of God’s merciful grace, and in addition, His firm insistence that only He is “…the way, the truth, and the life.” (John 14:6)

What is sin? How are sin, repentance, and mercy related?  Sin is an offense against God.  Sin is a word, deed, or desire contrary to the eternal word of God (St .Augustine). It is any offense that rises up against the divine teachings of the Gospels.  The root of sin is the fall of Adam and Eve and still resides in the human heart.  Without an awareness of our fallen human condition, there is no way, no truth, and no life. Thus, death was acquired through sin but defeated by the redemptive sacrifice of our Lord and Savior Jesus Christ.

Today the Gospel message is distorted in many ways but two of these distortions are:  “there is no sin we have to be saved from”and “there is a reasonable hope that all are saved.”  To both views, the Gospel message – the Good News – strikes the modern mind as bad news and judgmental because it makes people feel guilt-ridden and depressed.  The modern mind is no longer “convinced of sin, of righteousness and judgement.” (John 16:8) Our culture’s religious allegiance is not to God, but to the authority of the human intellect.  Random molecules of matter and energy are all that exist.  Human beings are a power unto themselves; independent and not answerable to a transcendent supreme being.  Basic certainty is no longer centered on God but on man.  The only truth we are left with is blind faith in our reason and its tragic result of disillusionment, confusion, immorality and violence.

Many who say today that “all are saved” ask: “[I]f Jesus is all merciful, doesn’t that mean He forgives everyone regardless of their sin and who they are?” The answer is yes! God is more interested in our future and not our past.  But the kingdom of God does not reign alongside the kingdom of Satan.  “YOU CANNOT SERVE TWO MASTERS.” (Mattthew 6:24) (Emphasis Added)  We must join our free will to His Divine Will.  In the Gospels, whenever Jesus forgave a sinner, even a great sinner – the sinful woman, the thief on the cross, the tax collector, as well as Peter’s  denials, repentance proceeded or soon followed the Divine Absolution.  Zacchaeus the tax collector repented and promised Jesus he would give half his possessions to the poor and four times back to anyone he defrauded.  (Luke19:8)  Repentant of his past, Zacchaeus’ heart was contrite and he became a redeemed soul and a follower of Christ.  He was no longer a slave to money and greed, but instead a soul broken free from the slavery of sin.  Can a person who has seen God and heard His divine truths find any more attraction in the superficial and temporary things of this world?  Repentance is the first sign of true remorse for one’s sins.  It is the desire not to remain in sin, but instead to discontinue sinning and to amend one’s life.

The Pharisees accused Jesus of fraternizing with sinners.  However, Jesus never socialized with sinners to excuse them from sin.  Jesus evangelized sinners to remove them from sin. !We must ask for God’s mercy and forgiveness and  separate ourselves from those sins which keep us in spiritual slavery.  Refusing to confess is to refuse to accept the mercy of Christ and the salvation of the Holy Spirit.  Refusal to repent and recognize sin for what it is can lead to the eternal loss of God in our lives.  To receive the fullness of God’s mercy, we must admit our faults and condemn, not the sinner, but the sins of others when we see, hear or help facilitate those sins.  Because many in today’s world don’t believe in sin, let alone condemn it, the human condition is seen only as a matter of personal choice, which often refuses any reference to God or neighbor and any other standard than one’s own viewpoint or “feelings” up to and including the fundamental laws of human nature, which is also seen as a matter of personal choice.  Evil is presented under the appearance of good so in today’s world immorality is given free reign.  God’s laws is seen as a limitation of man’s freedom; a straight-jacket for the “eat, drink and be merry ethos of our time.”  Sin, if recognized at all, allows Satan to try to convince us that hell does not exist and that judgement does not exist while his lying demonic tongue whispers: “[D]o what you want; you are your own god!”

“For the time is coming when people will not endure sound teaching, but having itching ears they will accumulate for themselves teachers to suit their own liking and will turn away from listening to the truth and wander into myths.” (2 Timothy 4:3-4)

As Knights of Columbus, we are pledged to be better husbands, better fathers, and better examples of the Christian life.  We strive to live the faith we proclaim.  Its not a matter of political correctness, but a struggle for the salvation of souls.  We strive to be the men that God is calling us to be.  Please my brothers, come join us!