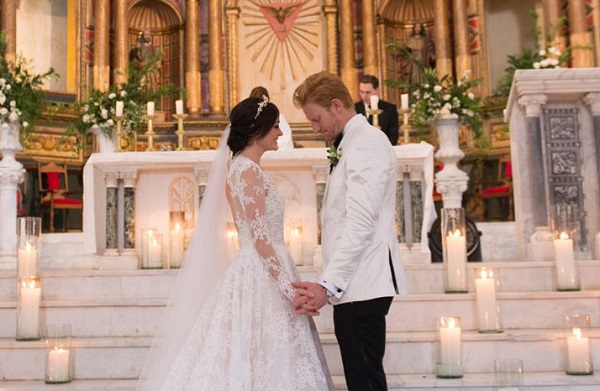 “[B]e fruitful and multiply…” (Genesis 1:28), God told our first parents. From man and woman the human race spread throughout the earth.  Because of the Fall, sin, and the loss of grace, it became necessary for a divine redemption of man to take place by the Incarnate God in the person of Jesus Christ.  Jesus taught that eternal life and true earthly happiness can only be achieved through the Truth of the Gospel.

Collective groups of persons beginning with tribes, then nations and empires developed with the natural biological family as its genesis and blessed by God.  For thousands of years this has been humanity’s basic social unit.  To one degree or another, in one form or another these social units were called ‘families,’ later to be codified as ‘marriages.’  Marriages became not only an institution of civil law but a sacred and inviolable sacrament of Divine origin.  Marriage, according to the Christian viewpoint, is much more than the legitimizing of sexual activity.  It is the sacred and fundamental basis of all social relations that has as its main function the procreation and rearing of children.  The family is holy.  Jesus’ first miracle was the blessing of the wedding feast at Cana by turning water into wine at Mary’s request. (John 2:1-11)

Beginning in Judea, then spreading to the pagan world, Rome, Greece, and North Africa, infanticide was common; abortion was not unpracticed; unmarried couples coupled together; and at least for men, divorce was rife.  However, Christianity grew and developed by converting these “pagans” by saying no to their way of life.  The Apostles, in spite of facing a dangerous pagan world and under the pain of death, told people what they should be doing and not be doing.  Christians gave the pagan world not only the admonitions of the Ten Commandments but a specific moral code.  Christians told the world “you should not sin!”  Yes, Christians fell short, sometimes terribly short.  However, it did not change the ‘Truth’ of what they were saying; what Jesus taught: “[I]I am the Way, the Truth, and the Life.  (John 14:6)

The Romans and Greeks were amazed by the stories of Jesus’ life and works the apostles related.  They especially loved the fact that Jesus was no hypocrite.  When He told anyone who wanted to follow him and be his disciple to leave their home, (Luke 14:26, 18:29), they were told that “[H]e had no place to rest His head.  (Luke 9:58).  When he told people to “Give to Caesar what is Caesar’s,” (Matthew 22:21), they were told that He was the poorest among them”.  When He told them that His kingdom was not of this world, (John 18:36), He escaped into the mountains when they tried to make Him king, (John 6:15).  When urged the rich to be “poor in spirit,” (Matthew 5:3), He preached to them the story of Lazarus and the rich man, (Luke (16:19-31).

Today, we are seeing the highest levels of family breakdown outside of war and natural disasters. Our only hope is to return to Jesus and the teachings of the Gospel.  The sexual revolution may have given us “freedom,” but it took away something far more precious: a sense of belonging, tight-knit communities and strong, nuclear families.  Today, fundamental Church social teachings face enormous pressure from many corners especially regarding the family and social morality.  As a consequence, we are left with a society of increasingly isolated and lonely people who are having a hard time finding love and true kinship.  The culture encourages us to use others, rather than to love them; and to split from each other, rather than to unify with them.  From toddlers in day-care centers at the beginning of life, to hospitals and nursing homes for the elderly near life’s end, institutions are attempting to fill the gap and supply the needs that were formerly provided at home and in the Church. What are the implications?  No family members to rely on when aging people need help, no biological relatives; therefore, no extended family or cohesive community.

No one organization can come close to solving these problems. However, the Knights of Columbus try to ameliorate the suffering by building stronger family ties through offering families, especially fathers, renewed faith and service to our church, families, and communities. We, the Knights of Columbus, have over two (2) million members throughout the world and each year we donate over 77 million dollars to charitable causes. We unwaveringly give our time and resources.  We participate in the fight for life for the unborn, against euthanasia, and against abuse of the elderly.  The Knights offer men a way to be better husbands, better fathers, and better examples of carriers of the “Cross of Christ.” Jesus is full of love for the loveless; mercy for the suffering; healing for the sick; forgiveness for those who repent; and divine encouragement for those in despair.  Jesus and the rules He left for us in the Gospel is a holy template not only for His time but for all time!