The motorcade made it way down the unfamiliar streets of the city. It was an open vehicle, and the riders waved as was expected to the crowd lining the streets to see this powerful couple.

The driver was becoming more and more confused with the unfamiliar streets and the city. He made a fatal mistake turning into a wrong street. The security forces had not covered this street because it was not on the planned route. Before he realized his error, two shots rang out from the crowd. 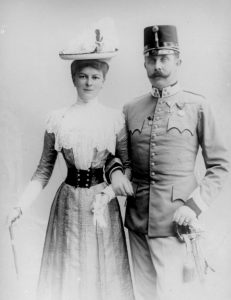 It was July 28, 1914. The city was Sarajevo. A terrorist later identified as a Yugoslav Nationalist named Gavrillo Princip assassinated Archduke Ferdinand of Austria and his wife, Sophia. Those two shots changed the world forever. Within two weeks, Europe was engaged in what has been called The Great War and The War to End All Wars. We know it as World War I or The First World War.

As a result of the war, the Russian Czar was overthrown, and the Soviet Union was created. The German Empire was awarded to the Allies as either outright colonies or protectorates. The Ottoman Empire was likewise dissolved, and the states of Iraq, Syria, Turkey, Egypt, Lebanon and the protectorate of Palestine was created under British rule. The treaties ending the war also created Estonia, Latvia, Finland, Poland, Czechoslovakia and Yugoslavia. Hungary became independent from Austria.

It has been said that the treaties that ended the Great War planted the seeds for the next war. A short generation later, a World War I German corporal came to power in Germany, and we were well on our way toward the Second World War. Several nations who had fought on one side in WWI switched sides in WWII.

Several of the nations that were engaged in the Great War were moved to honor their dead and wounded with special memorial services marking the end of the war. In Great Britain and the British Empire, it was known as Remembrance Day. Several other countries recognized it as Armistice Day. Many former British colonies and members of the British Commonwealth continue to observe Remembrance Day. 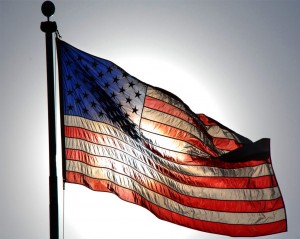 Congress passed a resolution on July 4, 1926 requesting President Calvin Coolidge issue annual proclamations calling for the observance of Nov. 11 with appropriate ceremonies. On May 13, 1938, Congress passed legislation declaring Nov. 11 to be a legal holiday and to be forever known as Armistice Day. On May 26, 1954, in response to the efforts of a World War II veteran, Raymond Weeks, Congress extended Armistice Day to include all veterans. On June 1, 1954, Congress amended the bill to delete the word “Armistice” and replace it with “Veterans.”

In 1971, in accordance with the Uniform Monday Holiday Act, the official observance of Veterans Day was moved to the fourth Monday in October. This proved so popular that, in 1978, the observance was moved back to Nov. 11. Traditionally, if the 11th happens to fall on a Saturday or Sunday, additional observances take place on the Friday or Monday. 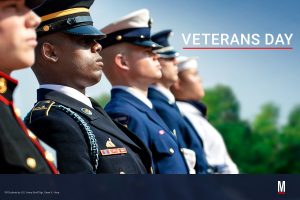 While Memorial Day is set aside to honor those who have died in the service of the United States, Veterans Day is to honor all those who have served in the armed forces both the living and the dead.

Veterans Day is sometimes written with an apostrophe. According to the Department of Veterans Affairs, the apostrophe is incorrect. The apostrophe is used to denote ownership. The day does not belong to the veterans but is to honor all veterans.

The act extending the day to all veterans meant that those who served in at least our Revolution and possibly the French and Indian wars that proceeded that are included as well as everyone who has served since then.

A few years ago, I was watching the news, and they ran a story about some British pilots who died while learning to operate some aircraft here in North Texas during World War II. The story, I recall, was run over a Memorial Day weekend. Texans honored these men with a piper and a small Union Jack marking each grave. I hope they do it again on Nov. 11 for Remembrance Day.