The New Year and the Changing Times 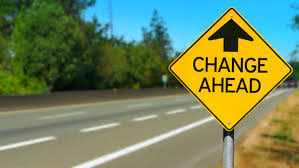 The New Year and the Changing Times

A page have turned; it’s now 2021.  The 21st year of the 21st century.  Many ask “will 2021 be different from 2020”?  Will it be much better, the same, or much worse?  No one knows.  One thing for sure is that absent turning back to God, there is little hope that our political, social, and economic life can reclaim the decency of less acrimonious times.

What happened in 2020?  The changes have been profound!  The year unfolded like a giant wrecking ball against the social fabric of our country.  A worldwide pandemic, political and economic chaos, record breaking natural disasters and the spread of evil collectively transformed normal life and spread misery throughout the world.  The year 2020 severely tested the resilience of the human race; and it’s not over yet.

While the social issues are broad and deep there are serious spiritual aspects to our ever unfolding dilemma.  Our current reality did not happen overnight or began in 2020.  No, the present suffering is a result of a gradual “death by a thousand cuts” process that has taken decades, if not centuries to crystallize.  .A process of legalizing moral perversion, abandoning God and the truth of His Word for the new “faith” of political correctness. This “flipping of the script” has caused two momentous trends in modern life – the waning of Christian influence in society on the one hand and the gradual acceptance of confused, disordered and outright dangerous secular doctrines on the other.  The Christian principle of “loving one’s neighbor” has been hijacked to mean tolerating the sin as well as the sinner in order to find comity with a morally depraved culture.  Acceptance of sin replaces the struggle for righteousness   Quoting Jesus, the apostle John said: “Those whom I love I rebuke and discipline.  Therefore, be zealous and repent. Listen! I stand at the door and knock.  If anyone hears my voice and opens the door, I will come in and dine with him and he with Me.”              (Revelation 3:19-20)

Again, what happened? How did we move from a society who loved and feared God to one that now ridicules and jeers God? What is the connection between this fact and the unfortunate events of 2020?  There are at least two conventional explanations for catastrophic events when they occur.  A secular-rationalist one and a spiritual-scriptural one or a combination of the two.  The secular rational viewpoint states, more or less, that when tragic things happen on a large scale it’s just confluence of separate events without plausible explanation: bad luck and bad timing.  Spiritually the reasoning states that our troubling times are to some degree a consequence of our collective, ever increasing sinful behavior.  “Science” vs Scripture and 2,000 years of Christian tradition.

In the last fifty years or so, the majority opinion has swung from the predominantly Christian viewpoint to the modern “post-Christian”, or one can even say “anti-Christian” point of view. This struggle between cause and effect underscores the profound differences between the various camps in our nation and indeed the whole world.  Even rock and roll musicians have commented about this “spiritual warfare”.

‘Very pleased to meet you, hope you guess my name,

But what is puzzling you right now is the nature of my game.

Every cop is now a criminal, and every sinner is now a saint;

heads is tails and evil is good; there’s no need for self-restraint.

Thanks again for helping me, I’m a man of wealth and fame; a dimmer

of light and denier of truth and Satan is my name.”(Rolling Stones)

These days anyone with two eyes to see knows evil when it manifests itself even those who walk around with their “eyes wide shut”.  Both believers and non-believers have a dog in this hunt for a more just and peaceful society despite their differences on the causes of the present crisis. Christians know-or should know that our main task in this life is to honor and serve God and to love their neighbor.  It is the only path to heaven.  Our words and especially our deeds are stepping stones to what Christianity is all about which is the pursuit of eternal peace in the kingdom of God.  It is not a matter of how long we live, but how well we prepare ourselves for the next life

And so,for example, the Knights of Columbus volunteer to help our churches, the not yet born, the elderly, veterans, first responders and members of our own communities on a local, state, national and international level, if necessary.  This is how we pursue the Kingdom of God.  Even unbelievers can appreciate that!

All people of good will, including those on the “progressive left benefit from the moral and social capital built up by genuine religious people over the centuries.  Regardless of what happened last year and what may happen in the year to come, we cannot let social and political issues to continue to divide the Body of Christ because a fractured church cannot mend nor heal a fractured world.  As followers of Christ our message must always be greater than our differences. We set an example for the world by putting love based on truth and hope rather than being overcome by evil and despair.  Our goal is to expose, fight and defeat Satan and all his works.  We battle to raise the Cross of Christ and once again become a beacon on the Hill.