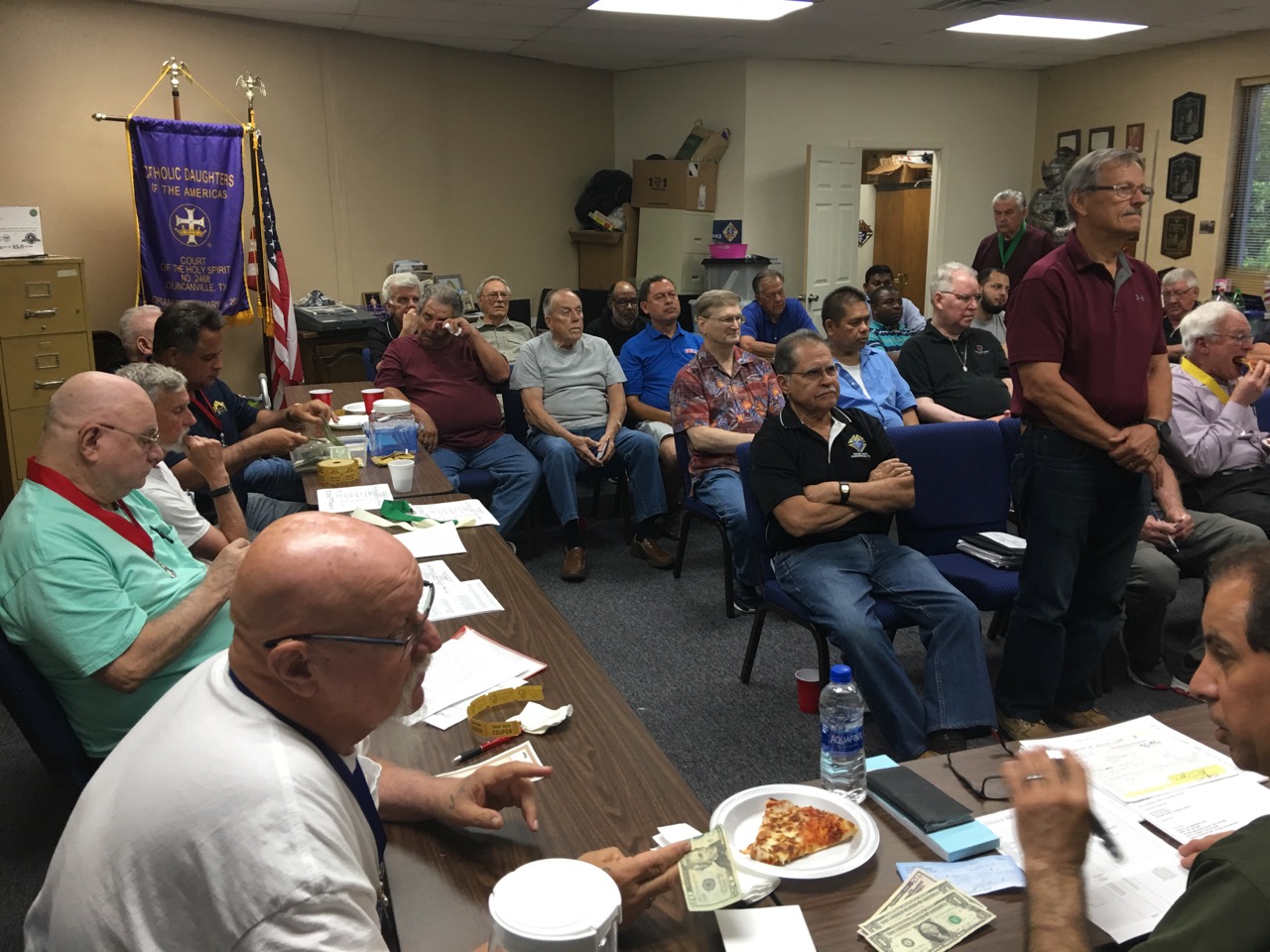 The meeting called to order at: 7:30 PM by Grand Knight Tom Greco.

The Grand Knight opened the meeting with an “Our Father” and the Pledge of Allegiance.

The regular meeting was suspended, and the gavel was turned over to our District Deputy, William Dover, for the election of next year’s officers.  There were no nominations from the floor.   A motion was made and seconded that the proposed slate be elected by acclamation.   The DD called for a voice vote and there were no negative votes.  The regular meeting was resumed.  Below is a list of the newly elected officers:

The Grand Knight called for the Good of the Order:  Several prayer requests were made.